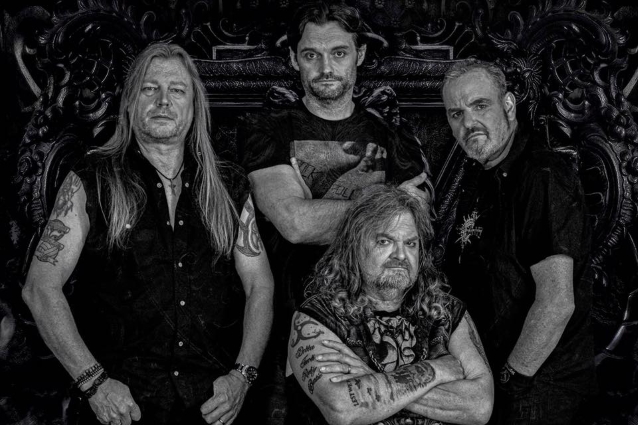 STEVE GRIMMETT'S GRIM REAPER, the revamped version of the cult '80s British metal act GRIM REAPER, will release its new album, "At The Gates", on October 11. According to a press release, the disc will contain "11 tracks of pure British heavy metal."

In other news, STEVE GRIMMETT'S GRIM REAPER will embark on a U.S. tour in August. There will also be a special one-off U.K. album-launch show on October 12 at London's Boston Music Rooms.

STEVE GRIMMETT'S GRIM REAPER lead singer Steve Grimmett had his right leg partially amputated in January 2017 after an infected wound on his foot spread to the bones in his leg part way through the group's five-week tour of South America.

The life-saving surgery was carried out in Ecuador and the now-59-year-old frontman was in hospital for just over a month while fans raised $14,000 to bring him home after his insurance company refused to pay because of the type of work he was doing.

Grimmett told the Swindon Advertiser: "What's happened has been very humbling, especially when I consider the number of people who have helped me. I now look on life a bit differently. What's happened has taught me not to be impatient and to make the most out of life."

Grimmett reformed GRIM REAPER in 2006 as STEVE GRIMMETT'S GRIM REAPER following an amicable decision between the singer and original GRIM REAPER guitarist Nick Bowcott, who both agreed that using the original name minus the other members of the classic lineup wouldn't be a proper reunion. 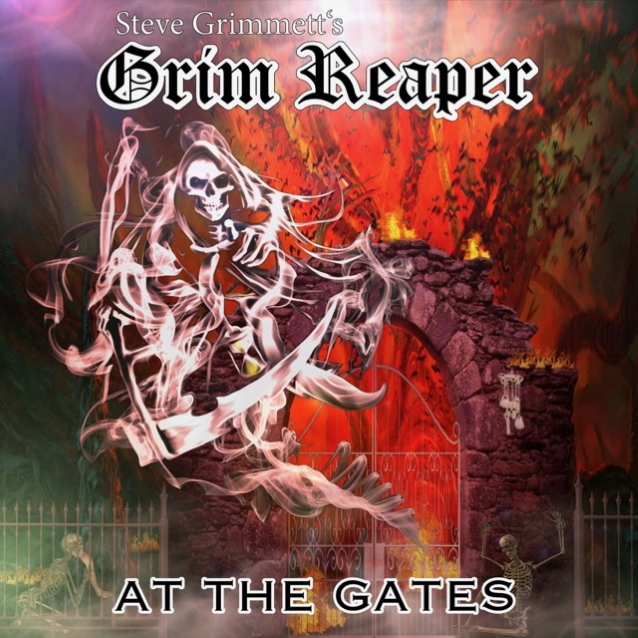