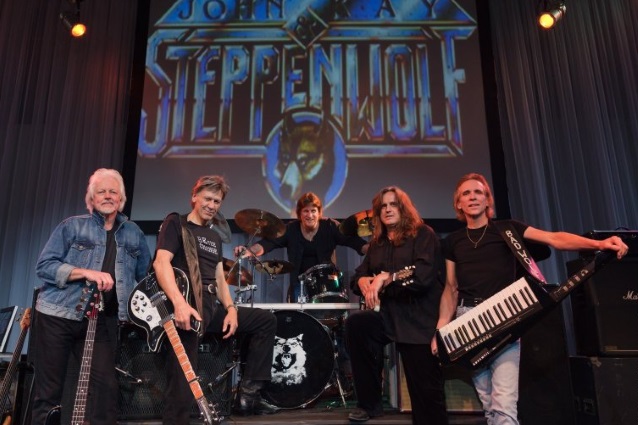 "Steppenwolf At 50" covers the band's storied career, from their 1968 debut through 13 studio albums — billed both as STEPPENWOLF and JOHN KAY & STEPPENWOLF — as well as their Top 10 hits "Born To Be Wild", "Magic Carpet Ride" and "Rock Me". The group's "16 Greatest Hits" album is certified platinum and they have earned nine gold records. The band's music struck a true counter-culture note in the 1960s, and two songs — "The Pusher" and "Born To Be Wild" — were featured prominently in the 1969 Dennis Hopper/Peter Fonda film "Easy Rider". "Steppenwolf At 50" was personally overseen by Kay and longtime manager Ron Rainey.

In his liner notes, Kay thanks band members, both past and present, as well as their loyal "Wolfpack" fan base. "That was 50 years ago as of this writing and much transpired during that time of course," says Kay. "In between seemingly endless tours at home and abroad, we somehow managed to write, rehearse and record numerous subsequent albums, but the hectic pace sometimes took its toll; not only on the band but also on our home lives and families... it is particularly dedicated to those who never stopped being there when we needed their support the most. Every band member past and present, who is heard on these recordings, played an important role as musician, fellow singer or songwriter in the WOLF's recording history and is accordingly acknowledged in the credits."

Born during World War II in Germany, Kay and his mother escaped the advancing Soviets, eventually settling down in Canada in the late 1950s. A longtime affliction with color blindness and poor vision led the youngster to devour the pop music he heard on Canadian and nearby Buffalo, New York radio stations. Kay started playing guitar in his early teens, in 1965 he joined Canadian band THE SPARROWS. Kay has been married to his wife Jutta for 50 years.

In 2004, John and Jutta formed the Maue-Kay Foundation which is dedicated to wildlife, the environment and human rights. Kay donates the net proceeds from all STEPPENWOLF shows to various NGOs that support their mission. "In recent years, whether at home in North America or through travels in other parts of the world, we've increasingly come in contact with people whose efforts to protect wildlife, the natural environment and human rights are an inspiration to us," he says. "Providing financial assistance for their various projects is the primary mission of the Maue-Kay Foundation. However, we also hope to enlist additional support for their exemplary work, through the information, images and video clips, featured on our various projects."

After taking a few months off, STEPPENWOLF will kick off its 2018 touring schedule this Friday (March 10) in Ft. Pierce, Florida. 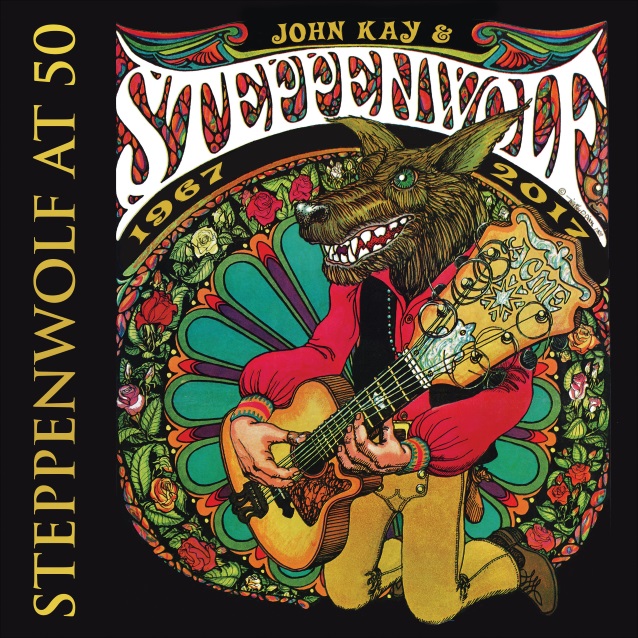