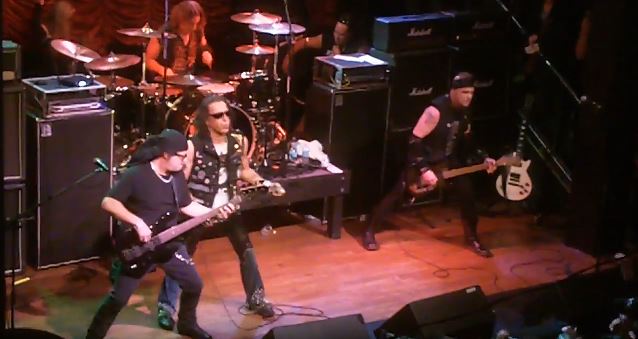 Stephen Pearcy was rejoined by his former RATT bandmate Juan Croucier for several songs during the singer's October 30 performance at the Rock N Skull festival at The Tree Of Joliet in Joliet, Illinois. Fan-filmed video footage of the concert can be seen below.

As previously reported, three members of RATT's classic lineup —Pearcy, Croucier and guitarist Warren DeMartini — performed as the "surprise band" on October 1 on the Monsters Of Rock Cruise West, also known as Monsterwood. Joining them on stage at the event were former QUIET RIOT guitarist Carlos Cavazo, who played on RATT's last studio album, 2010's "Infestation", and drummer Jimmy DeGrasso, who previously played with Y&T, WHITE LION and MEGADETH, among others.

Three months ago, Pearcy told Canadian rock journalist Mitch Lafon that he was still friends with DeMartini and Croucier, adding that "Warren and I actually got together and wrote a song a while back, which is phenomenal… Who knows what will happen soon enough? We're just waiting for some dust to settle. I really can't say anything right now, but if the public has any positive message, it's being heard." 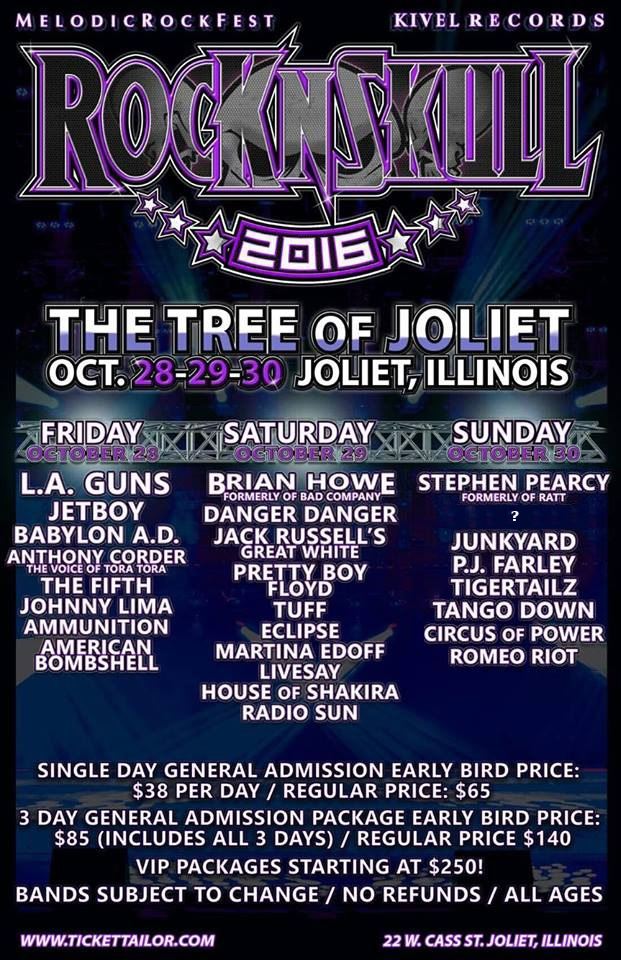