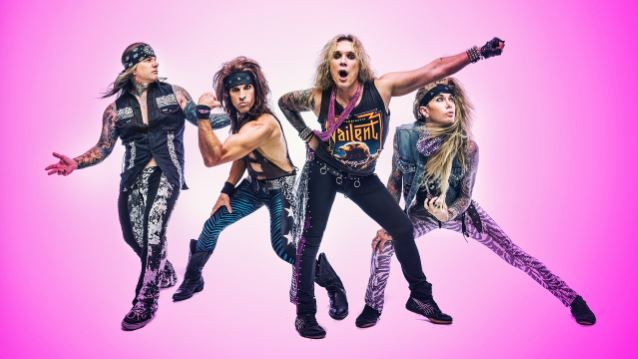 Recalling when STEEL PENTHER opened for GUNS N' ROSES at the Forum in Los Angeles in December 2011, Starr said: "Axl closed off the whole left side of the arena of any noise for four hours while he took a nap.

"We had to go into a dressing room and no one could tune guitars or be on stage for four hours."

He continued: "That's heavy metal, and it's funny."

STEEL PANTHER is working on the follow-up to 2014's "All You Can Eat" album for a tentative October release.