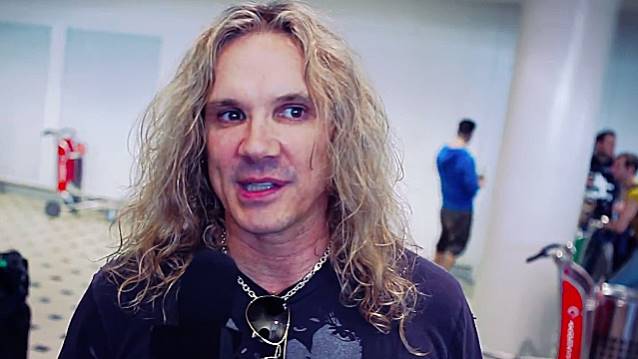 Pollstar.com: Pollstar has a lot of STEEL PANTHER fans. But because we're in Fresno, and STEEL PANTHER is from Los Angeles — and a lot of us have gone to your shows — we took it for granted and we should have done this interview earlier.

Starr: Well, I think you've waited for the perfect time. Now we are officially no longer a cover band at all. This past September, we quit doing the residency thing and just put all our eggs into the touring basket and we'll see what's going to happen.

Pollstar.com: Well, what is happening? How's it going?

Starr: So far, everything's sold out so I think we made the right choice. Plus there's way more variety of chicks around the world than Vegas and L.A. We pretty much get stuck in a rut jamming in Vegas and L.A. — which are killer markets to play and every band would die to do what we did — but now we're going around the world. Man, we went to Russia this year and, fuckin', the girls are so hot!

Pollstar.com: It's great that you're doing originals exclusively, but isn't some of your appeal doing things like riffing on three chords and showing the audience how many songs use them?

Starr: We haven't lost anything that we did in the residencies. We're just doing original music instead of playing BON JOVI in between our banter. I think the appeal, all around the world, is that people fucking want to have fun, they want to have a laugh. But they also want what we offer, which is we're all craftsmen on our instruments. We're not just actors up there cracking jokes and can't play. The songs on the record are killer, I can sing almost as good as Steve Perry — when I'm lip-syncing — and people like that.

Pollstar.com: Does this mean you're going to be touring, like, forever?

Starr: You know what? You're talking to me from the old model, and I get where you're coming from. And it was really hard for us to break what we were doing because we built a career out of doing these residencies and we all bought houses, and we all have lives and we have expenses. It was really hard for us to cut the umbilical cord and go for it. So basically what we are doing is we're cutting the cord, and we're swinging for a grand slam. We're putting everything into it and so far it's been paying off.

Read the entire interview at Pollstar.com.