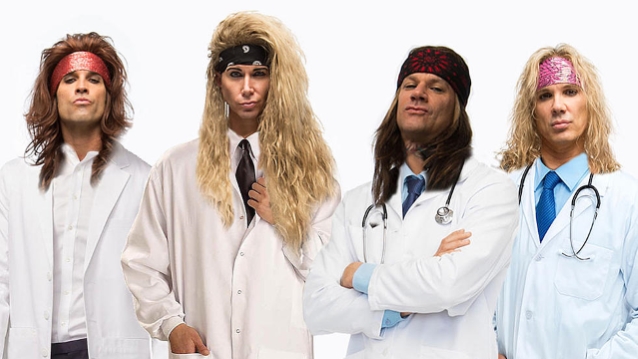 California glam metal jokesters STEEL PANTHER continue their fight for freedom of speech and their work to create a safe space for all creative expression in the music instrument world with the release of their second guitar pedal — a digital delay called the Poontang Boomerang. The pedal, which takes its name from a song on the band's latest release, "Lower The Bar", is a digital delay pedal developed by guitarist Satchel in conjunction with the team who built the critically acclaimed Pussy Melter. It is made in the USA, has a toggle switch (G Day and Crikey), and four knobs so guitarists of all genders can customize the "Distance", "Feedback", "Dry" and "Wet" parameters of the tone to their individual liking. The Poontang Boomerang will retail for $199.99 and is now available for pre-order here.

In other news, it has been brought to the band's attention that the popular musical instrument/gear resale site Reverb has banned a musician from selling his purchased Pussy Melter on the web site. The seller received an e-mail from the Reverb Listings Standard Crew saying: "We understand what this pedal does. In this case, the imagery and the pedal itself is what we do not allow on our site." A video discussing the whole situation can be watched below.

"As for Reverb.com, we think its ridiculous that they are biased towards the mighty Pussy Melter. We have seen so many comparably named items on their web site for sale, yet they have decided to just ban our pedal from being sold there? If we've learned anything from this whole situation, selling your shit at garage sales is way cooler!"

STEEL PANTHER is currently putting the finishing touches on its next album. The band is working with producer Jay Ruston and hopes to have some new material released later this year. 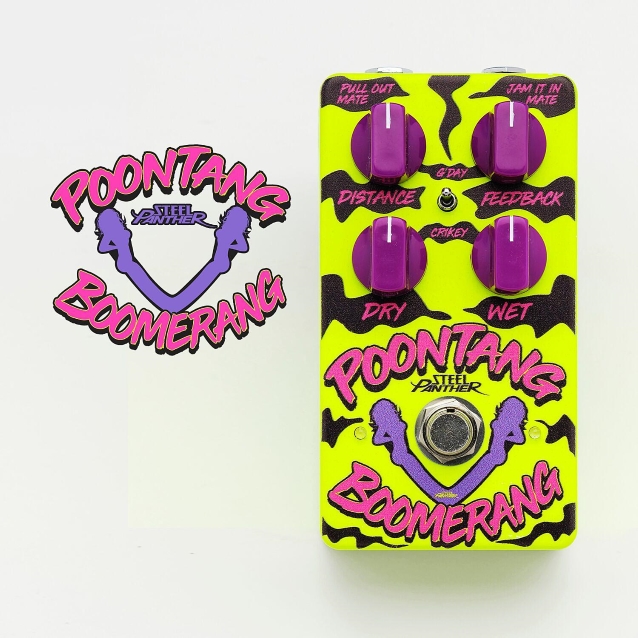