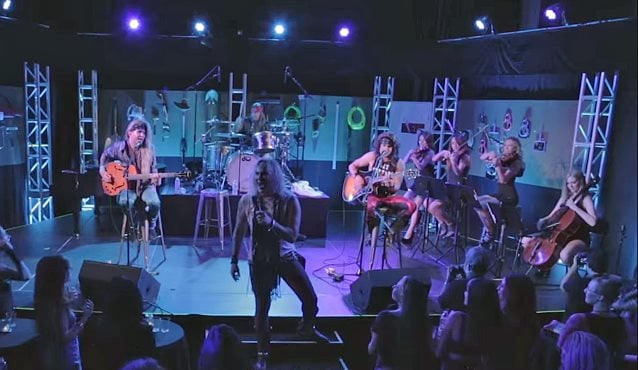 For the uninitiated, STEEL PANTHER was formed in 2000 and is Michael Starr (lead singer), Satchel (guitarist), Lexxi Foxx (bass) and Stix Zadinia (drums).

"Live From Lexxi's Mom's Garage" was taped in Los Angeles last October in front of a live audience of scantily clad woman (and one old creepy fat guy who somehow got a ticket) inside the uncharacteristically large and professionally lit garage of Ms. Foxx (Bobbie Brown), who coincidentally also happens to be the mother of Lexxi Foxx. The musical portions of the film feature the band performing acoustic versions of their most popular songs such as "Party Like Tomorrow Is The End Of The World" and "Community Property" as well as one new song titled "Then You Came In". Several female violin players who are "very easy on the eyes," says Stix, are featured and lay through the various hits with the band.

Between songs, the film follows the mischievousness of STEEL PANTHER as they figure out who they can and cannot sleep with; and as they navigate the world as the biggest glam rock band that never was from 1985, in 2016.

"It was so much fun playing our songs on these new wooden guitars in my mom's garage!" said Lexxi Fox. "Satchel says that he might be my new dad, but I'm not really sure what that means!" he added.

STEEL PANTHER recently wrapped its "Well Hungover" North American headlining tour and started a new residency at the famed Fonda Theatre in Los Angeles on January 7 and House of Blues Las Vegas. Last year, the band sold out headlining tours in the U.K. and South America.

A trailer for "Live From Lexxi's Mom's Garage" is available below. 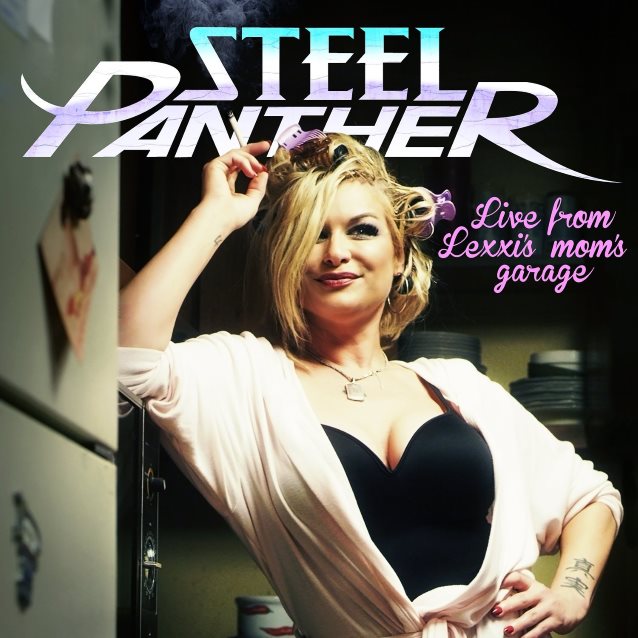