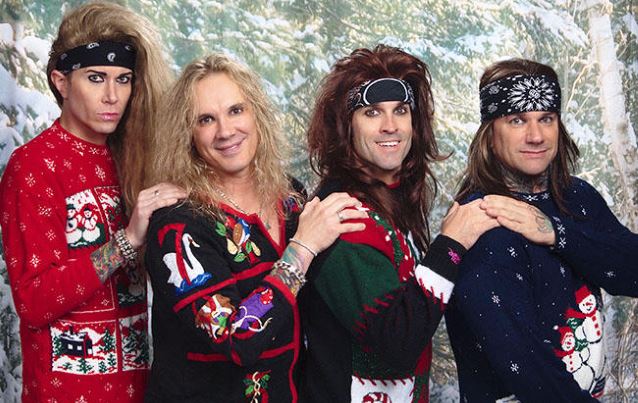 Fans of rock n' roll and Christmas music, your prayers have been answered this holiday season! Los Angeles glam-metal jokesters STEEL PANTHER bring you their first-ever original Christmas track, "The Stocking Song". Check out the official lyric video for the song below.

"The Stocking Song" features STEEL PANTHER's signature hooks and naughty take on the holiday season. It is available for purchase on iTunes and on Amazon; the cover art can be seen below.

"We bring happiness to millions of people around the world. Why not during the holidays?" frontman Michael Starr tells Billboard.com. "We love to spread the love. The holiday season is the best time to pick up strippers at a strip club. The ones that are working on Christmas Eve usually have no family and are really lonely. So it's super easy to take them home and do some kissin' underneath the camel toe."

Adds bassist Lexxi Foxx, "I like the holidays — I like to call them the highlidays. I'm definitely a Christmas kind of guy. For me, it snows all year 'round, if you know what I'm talking about. There's always a bunch of snow, so I'm down with the holiday season. So when you listen to the song it's about all kinds of cool presents you can get your chicks, or a chick, all kinds of bits and stocking stuffers that only we would think of."

Having just wrapped a highly successful run as main support for JUDAS PRIEST in North America last month, STEEL PANTHER will now head out on a North American headlining run beginning this week in Charlotte, North Carolina at The Fillmore. Following the North American headlining dates, the band will be play a series of "Threesomes", two three-night residencies, one in their hometown of Los Angeles and the other in nearby Las Vegas, at the cities' respective House Of Blues venues in February.

Asked if opening for JUDAS PRIEST has resulted in STEEL PANTHER changing any aspect of its performance, vocalist Michael Starr told Patch.com: "Not really. We pretty much forge forward the same way we would do it in front of a crowd that knows who we are. We've had a lot of experience playing festivals before a bunch of people that have never seen us and we just do what we do, no matter what. It's challenging too, because you have to realize that just because they're not screaming your songs, it doesn't mean they don't like you. Usually by the end of our show, people are fans or hate us. Nobody leaves our show going, 'They're pretty good.' They just go, 'I hate them' or 'I love them.'" 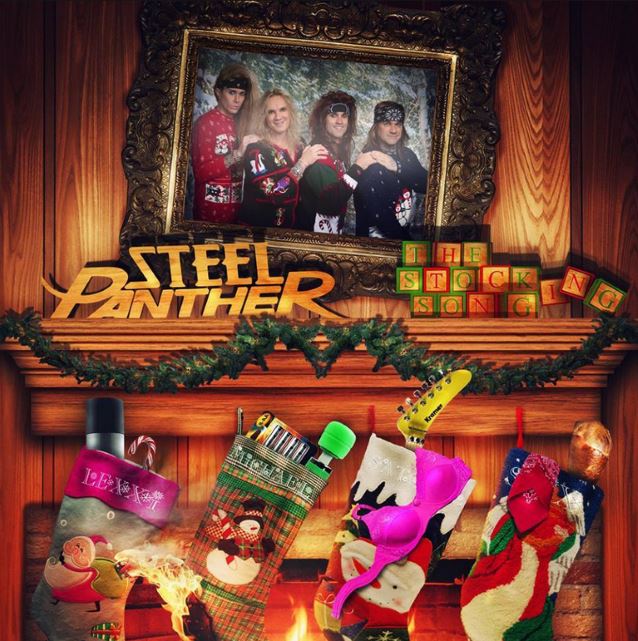