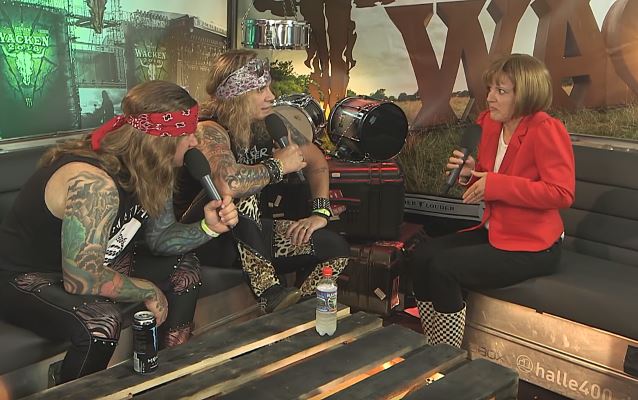 STEEL PANTHER is working on the follow-up to 2014's "All You Can Eat" album for a tentative October release.