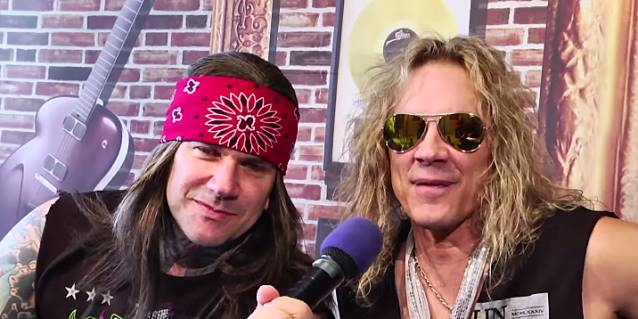 STEEL PANTHER will support JUDAS PRIEST on a North American tour this fall.

In the early to mid-1990s, STEEL PANTHER guitarist Satchel (a.k.a. Russ Parrish) was a member of PRIEST singer Rob Halford's band FIGHT.