Ironclad Recordings (Trevor Phipps of UNEARTH's label) has announced the signing of STARRING JANET LEIGH. Formed in 2003, the Canadian metal act began with creating music the band found both interesting and challenging with no compromise to musical integrity. Fusing death metal, hardcore, and modern jazz to create a sound that can best be described as progressively technical death metal, STARRING JANET LEIGH's aural onslaught is a fine blend of artistry, fury, passion and precision. Combine the band's musical fervor and dexterity with their unforgettable live show and what you end up with is no need for gimmicks or clichés.

"We're really pleased about signing with the guys from Ironclad," the band says. "It's nice to work with people who care as much about your music as you do and really wanna see it through."

The group continued, "Right now we are working on a music video for the song 'Ex You' from our forthcoming album 'Spectrum'. We're hoping to have it ready for the album release in May 2009. Once the album is out we plan on doing as much touring as we can to bring this record to the masses with a vengeance! Get ready!"

Stated Trevor Phipps of Ironclad Recordings: "We are excited to be working with STARRING JANET LEIGH as we feel they have a lot to offer the world of heavy music. Their technically proficient blend of death metal and various forms of aggressive music is something we can fully back and get excited about."

STARRING JANET LEIGH will unleash its debut full-length album, "Spectrum", on May 12. The CD was recorded in June and September 2007 with producer/engineer Greg Dawson of BWC Studios, who has previously worked with MARE (Hydrahead), THE END (Relapse), MONEEN (Vagrant) and many others. Mastering of "Spectrum" was handled by Alan Douches at West West Side who has worked with CONVERGE, THE END, THE DILLINGER ESCAPE PLAN, MASTODON, UNEARTH, and NILE, just to name a few.

"Compared with previous songs written, the cohesion and understandability of our music has allowed us to push the level of intensity and technicality to new levels while still maintaining a very listenable and atmospheric presence," comments guitarist Matthew Zadkovich. "We hope that listeners will be able to take away something new each and every time they listen to the album, while still knowing and feeling the songs as they did the first time they were heard."

Expect to see STARRING JANET LEIGH across Canada, the USA and Europe in the near future.

STARRING JANET LEIGH will filming a video for the track "Ex You" this Saturday in Toronto. The shoot is going down during the band's performance as part of the Montreal Assault Tour which also features DESPISED ICON, BENEATH THE MASSACRE, CARNIFEX, BLIND WITNESS and THE LAST FELONY. The live footage captured at the show will be combined with the band's studio shoot happening April 24-26. 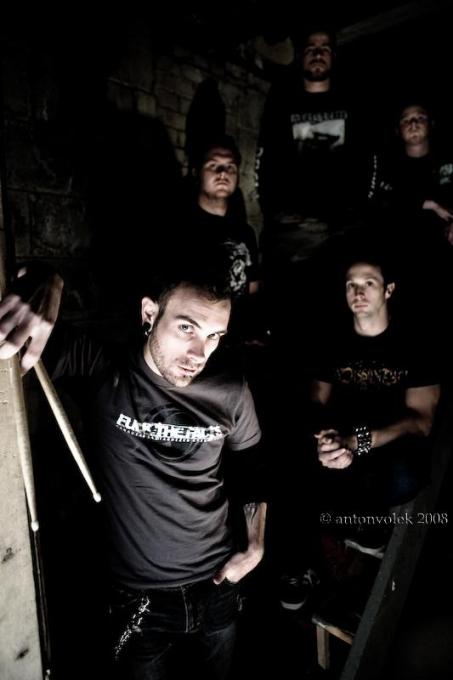