Heidi Solberg Tveitan (a.k.a. Starofash) — better known as the wife of EMPEROR's Vegard Tveitan (a.k.a. Ihsahn) — has completed work on the soundtrack to the Irish film "Ulterior" by writer/director Jason Mehlhorn.

Says Heidi: "With this being my first soundtrack, I was faced with quite a few challenges when adapting to the format. However, after working my way through the more technical aspects, I was pleasantly surprised to find it very natural to just follow the pace and content of the movie when writing the actual music. Jason has been a very open minded and constructive director, which has made my job all the more easy. Strangely, I have never been so honest in my music as with this soundtrack; this is music straight from the heart."

"Ulterior" could probably be best described as a psychological thriller in a similar vein to "Vertigo", "Caché", "Repulsion" and "La Femme Infidèle". It utilises a minimalist visual style, measured pace, sparse dialogue and often dark irony to explore themes of disclosure, isolation, empowerment, obsession and sanity within the film's "open" plot. These characteristics were imbued into the film's original soundtrack which was provided by Starofash.

"Ulterior" is a low-budget debut feature film from Irish writer/director Jason Mehlhorn. It was shot in just 12 days in Dublin with a skeleton crew of five people in August 2008. It is nearing the end of post-production and upon completion will hopefully start its life by entering film festivals in various countries. The film was shot digitally in HDV and has a running time of approximately 73 minutes. 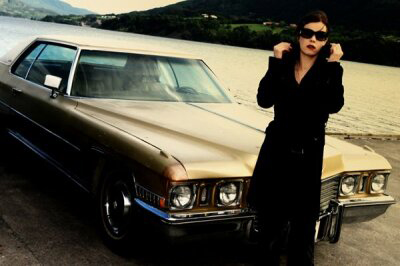