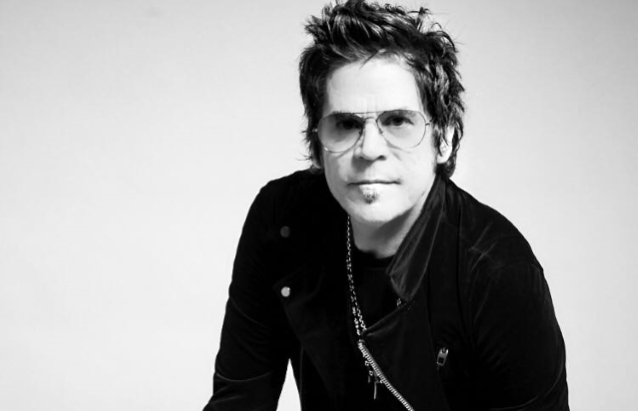 Harnell told "The Jim Chinnici Show" about the new disc (hear audio below): "STARBREAKER has been finished. I'm so proud of it. It was a very deep and difficult album to do, if not for any other reason other than life was happening at the same time and there were a lot of things going on there. But I'm so proud of it."

According to Tony, the first single from the upcoming STARBREAKER disc will be released on October 19. The song in question "is not really indicative of the whole album; it's probably the most metal of any song on the record," he said. As for the rest of the LP, it "kind of goes off into this beautiful textural hard rock-slash-metal-slash… whatever [territory]," he said. "It's a really cool, cool album. It's very emotional and melodic, and musically, Magnus, the guitar player, is incredible."

STARBREAKER started as Harnell's side project while he was still in TNT. He was initially working on a solo record, but with Karlsson, former TNT drummer John Macaluso, and bassist Fabrizio Grossi, they formed STARBREAKER.

STARBREAKER recorded its first self-titled studio album in 2005. After the CD's release, Harnell went back to being the lead vocalist of TNT, but left the band in April 2006 to spend some more time with his family. In late 2007, with STARBREAKER as his main musical project, he flew to Sweden to write the bulk of the songs for the new album with Karlsson, and started recording the new songs at the end of that year. The group's second album, "Love's Dying Wish", and was released in August 2008. It featured Lightfoot, who replaced Grossi, and was produced by Harnell and Karlsson, with Tommy Hansen (TNT, PRETTY MAIDS, HELLOWEEN) serving as the CD's mixer.

Harnell told "The Jim Chinnici Show" that he "just finished another project for Frontiers" for a 2019 release and he revealed that he is "in talks" with the Italian label about his first solo album, which he says he's "been wanting to do since the beginning of time."