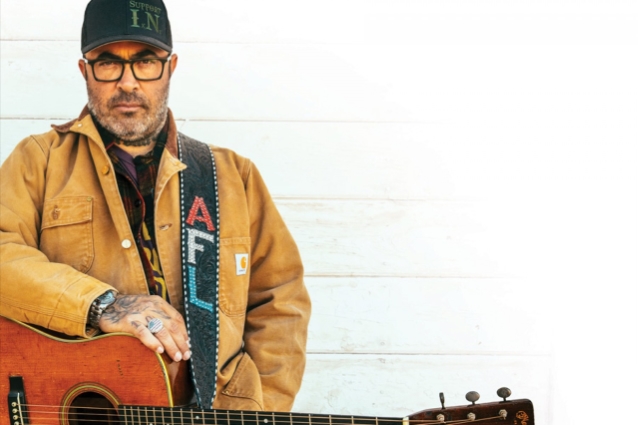 According to Rolling Stone, STAIND frontman Aaron Lewis will release his third full-length country album, "State I'm In", on April 12 via Big Machine imprint Valory Music. The follow-up to 2016's "Sinner" was produced by Buddy Cannon and it features 10 tracks, six of which were written or co-written by Lewis. Songwriting collaborators on the disc include Dan Tyminski, Keith Gattis and Waylon Payne.

The album's first single, "The Bottom", will arrive at streaming services on Friday, February 1.

The self-proclaimed "Northern Redneck" achieved critical and commercial success with "Sinner", and his in-demand live show electrifies audiences whenever he takes the stage.

"My music is very first person, very autobiographical," said Lewis. "It's from my life experiences that I draw inspiration for my songs."

Aside from a STAIND tour in summer 2014, that band has been inactive and Lewis said that fans should not expect to see a reunion any time soon. "I definitely see it staying on hold for a while," he told Rapid City Journal last August. "I've got to stay focused on this [country career]. I've got to take this to where it needs to get to before I can start risking things with the good ol' boy network reception and throwing in a handful of STAIND shows in the summertime along with all of my country shows. But that's down the road. I can't even think about that right now."