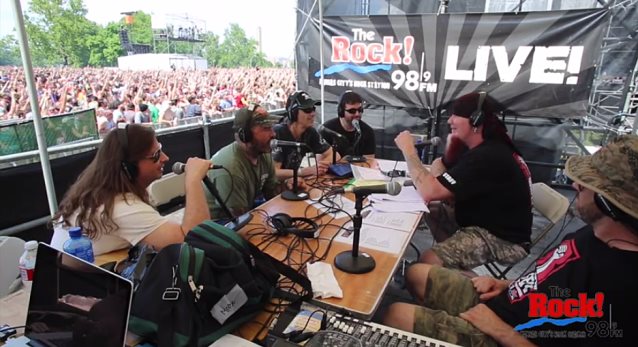 Moose of the 98.9 The Rock radio station conducted an interview with Massachusetts rockers STAIND earlier today (Saturday, May 31) at Rockfest at Liberty Memorial in Kansas City. You can now watch the chat below.