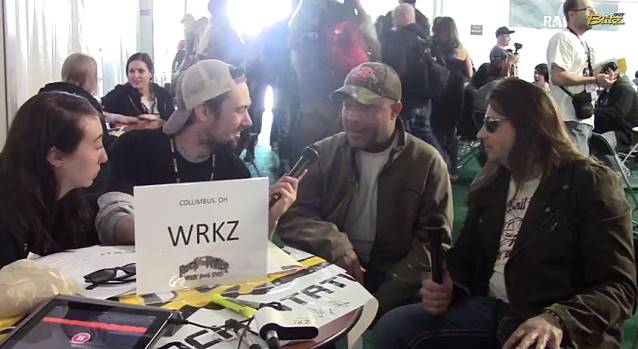 Rybak and Codi of 99.7 The Blitz radio station conducted an interview with Massachusetts rockers STAIND at this year's Rock On The Range festival, which was held May 16-18 at the Columbus Crew Stadium in Columbus, Ohio. You can now watch the chat below.