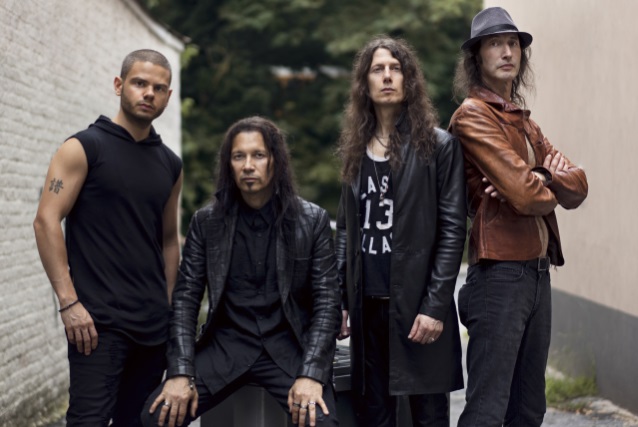 SPREAD EAGLE has signed to Frontiers Music Srl for the release of a new album in 2019. The band has started pre-production in the Music Building, located in New York City, which is the exact place where the songs for their debut album were rehearsed and written. Recording will take place at Studio E in Brooklyn, New York with Grammy Award-winning engineer Tom Camuso.

"SPREAD EAGLE are honored to be joining the Frontiers family," says vocalist Ray West. "With Frontiers, we now have a very strong platform to spread the word on our style of rock. I promise our new album will be powerful because we, as brothers, truly believe in each other. Most of all, we want to do right by the fans who have been a tremendous source of inspiration to us."

Adds bassist and producer Rob De Luca: "We're stoked to be recording again after all these years and working hard to make this album just as powerful and spirited as the previous SPREAD EAGLE records. It seems like I've lived nine lives since the last SPREAD EAGLE record, so it'll be great to add all those experiences into the mix on our new album. Frontiers seems to understand who we were and who we can be, so we're very excited to be working with them!"