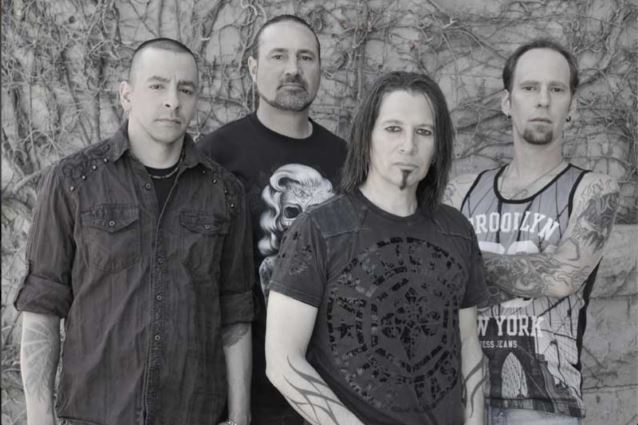 WEAPONS OF ANEW, the dynamic new band featuring members of HAVOCHATE and SPREAD EAGLE, has released a powerful single, "Killshot", via OK!Good Records. The track is one of the first songs written by the band, and when it all came together, WEAPONS OF ANEW were certain they had found their niche amongst their eclectic influences and the music of the collective previous bands.

"As we started writing for this new band idea (with Chris Manfre and Stefan 'Reno' Cutrupi), I didn't want to write another HAVOCHATE record," guitarist Freddy Ordine said. "Granted, I'm very proud of both those records, but I felt I had more to say and it didn't have to be all about heavy. It could have awesome melodies and groove and still smack you in the face, but in a different way. I had started listening to this melody I kept hearing in my head and wrote the remainder of the song."

Enter SPREAD EAGLE vocalist Ray West. "The chorus wasn't written as you hear it now until Ray came in," Ordine said. "I heard Ray sing the verses in this sleek kind of modal way the first time we ever played together and — ZAP!!! — I was instantly connected! The chorus pretty much jumped out of my head and onto my fret board. I knew this is what my new band was supposed to sound like!"

Added Reno: "We had a fully working old version of the song with a completely different chorus and bridge section. Upon jamming it with Ray on our first couple of meetings, we ended up removing parts and re-writing entire sections of the song and changing parts to fit Ray's awesome vocal style. We were pretty set on the original version of the song until Ray came in and we moved things around...for the better I might add!"

Lyrically, West captured a snapshot of the struggle between love and hate. "It's a life experience I know all too well," West said. "The story of unrequited love, and the killing of its pain. To be honest, I really didn't get to work on the song before I went to meet the guys at HQ. The song came to life through jamming in the room together. I could see that Freddy was very in tune with what I'm trying to do, so he started to tailor the arrangement to incorporate my sense of melody, rhythm and phrasing along with his, and we had the makings of a cool piece of music."

WEAPONS OF ANEW gives Ordine and his bandmates the opportunity to expand and expound upon their musical vocabularies. Whereas Ordine's past pursuits focused on his love of old-school thrash, this band's lush, layered songs go beyond hard rock and metal, delving into such sounds and styles as progressive and R&B.

"Killshot" is available via for purchase iTunes, Bandcamp and the OK!Good Records web site. The track is also streaming on SoundCloud.

After whetting fans' appetites with "Killshot", WEAPONS OF ANEW will soon announce more information on their upcoming debut full-length album. 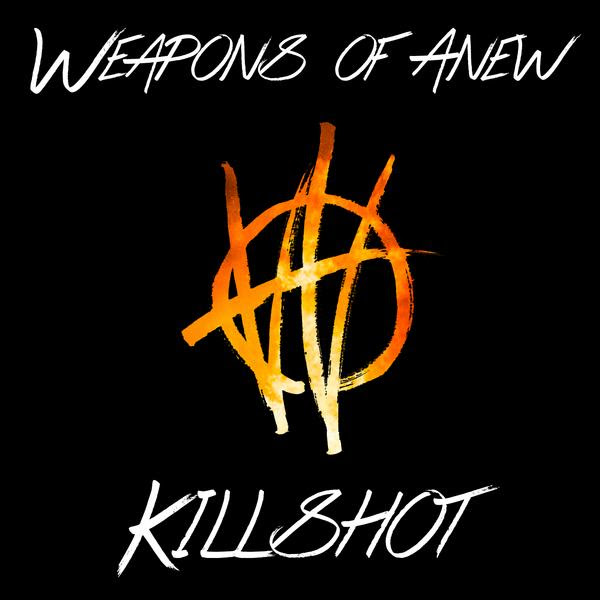