Cape Town, South Africa's A WALK WITH THE WICKED is currently in pre-production for its first release, a five-track EP, tentatively due in early 2009 via Middle Finger Records. The CD will be recorded with Cape Town's Dean Bailey (THE HORROR CAST, MARCHING DEAD) at Dean Bailey Productions and will be mixed by Swedish producer David Castillo (BLOODBATH, OPETH, KATATONIA). Songtitles set to appear on the EP include "Abaurent Caravansary", "Reaching for the Dark", "Medical Miscarriage" and "Ancient Servant".

The label says in a press release, "We eagerly await to unleash it on the unsuspecting masses. The world is oblivious to the sinister forces brewing on the Southern tip of the dark continent and this release promises to illuminate Africa's finest in all their blood-soaked glory. A live video of one of the tracks with footage taken from the bands first ever gig will also be included so if you were lucky enough to experience this performance you could catch yourself on the EP!" 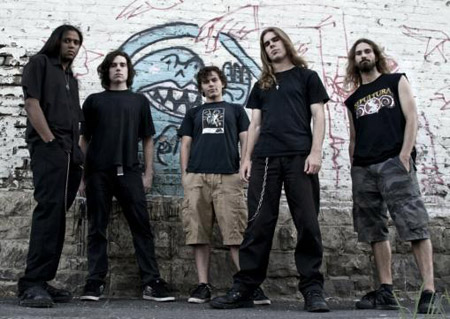