Grammy Award-winning Seattle group SOUNDGARDEN launched a musical transformation that inspired a generation while permanently redefining alternative and hard rock music. Coming on the heels of the 20th anniversary deluxe re-release of their chart-topping, five-times-platinum 1994 album "Superunknown", and a three-CD rarities collection "Echo Of Miles: Scattered Tracks Across The Path", SOUNDGARDEN will re-release a standard single LP vinyl of their second full-length studio album, 1989's "Louder Than Love", as well as a two-LP 180-gram vinyl 20th anniversary reissue of their seminal 1996 album, "Down On The Upside", both with download cards to include 320kbps MP4 AACs, to be released by UMe on August 26.

Formed by vocalist Chris Cornell, guitarist Kim Thayil and bassist Hiro Yamamoto (later replaced by Ben Shepherd) in Seattle in 1984, and soon joined by drummer Matt Cameron, SOUNDGARDEN remain one of the most influential bands to emerge from that era of rock, their chart-topping 1994 album, "Superunknown", featuring the Grammy Award-winning singles "Black Hole Sun" and "Spoonman".

"Louder Than Love", SOUNDGARDEN's second full-length studio album and major label debut (after the independently released, Grammy-nominated "Ultramega OK"), was originally released by A&M Records on September 5, 1989, and was the last to include bassist Hiro Yamamoto. Recorded with producer Terry Date at Seattle's London Bridge Studios, it announced the arrival of a major force on the emerging Pacific Northwest rock scene, later to include NIRVANA and PEARL JAM. The album peaked on the Billboard chart at #108, yielding the singles, "Loud Love", "Hands All Over" and the radio-only promo "Get On The Snake", the latter of which was featured in the 1989 movie "Lost Angels". GUNS N' ROSES later paid tribute to the band by covering "Big Dumb Sex" on their 1993 album "The Spaghetti Incident?" as part of a medley with T. REX's "Buick MacKane". Q magazine named the album one of the "50 Heaviest Albums of All Time" in 2001. UMe is now releasing "Louder Than Love" in a single-LP 180-gram vinyl edition on August 26, newly remastered from the original analog tapes.

"Down On The Upside", SOUNDGARDEN's fifth full-length studio album, released on May 21, 1996, debuting at #2 on The Billboard 200, represented a significant stylistic departure away from alternative metal into a more experimental sound with an emphasis on vocals, melody and more diverse instrumentation. Entertainment Weekly compared the results favorably to LED ZEPPELIN in the way the album "so crisply mixed instruments both acoustic and electric." At the time Cornell described several of the songs as "self-affirming" and "autobiographical" while the singles, "Pretty Noose", "Burden in My Hand" and "Blow Up The Outside World", all scored high on the U.S. mainstream rock chart, the latter two going #1, with "Pretty Noose" nominated for a Grammy for Best Hard Rock Performance. All three singles also scored on the modern rock chart, with "Pretty Noose" and "Burden in My Hand" peaking at #2 and "Blow Up the Outside World" at #8. "Down On The Upside" went to #1 in Australia and New Zealand and #7 in the U.K., sold 1.6 million copies in the U.S. and was certified platinum by the RIAA. It would be the last new SOUNDGARDEN album for 16 years until 2012's comeback, "King Animal". Now, UMe has made "Down On The Upside" available for the first time as a two-LP 180-gram vinyl set, newly remastered from the original analog tapes.

"Down On The Upside" (two-Lp vinyl) 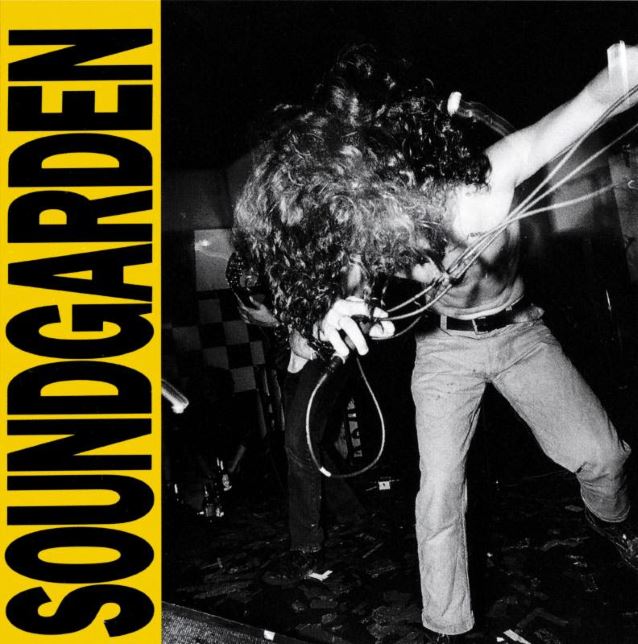 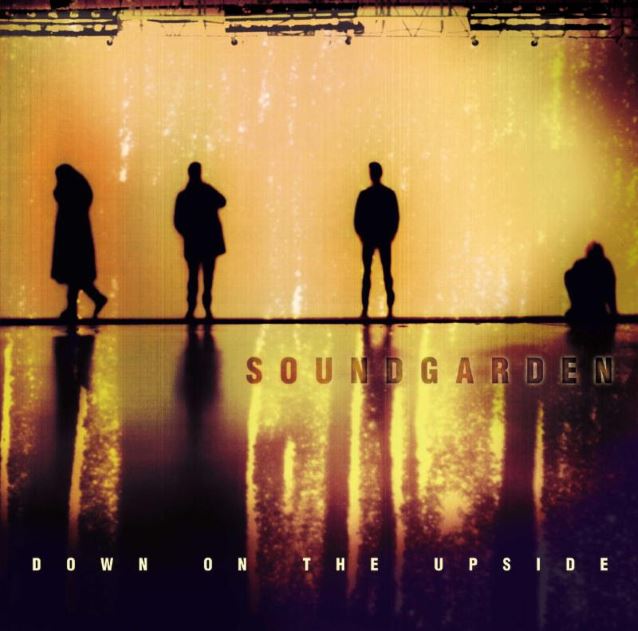