SOUNDGARDEN celebrates the 25th anniversary release of its classic 1991 album "Badmotorfinger" by releasing four special editions on November 18 via UMe/A&M Records. The North American and European pre-orders launch today. See below for pre-order links. Those who pre-order will receive an instant download of a studio outtake of the track "Rusty Cage".

The anniversary celebration continues with a 28-track 2-CD Deluxe Edition, featuring the remastered original album on Disc 1; eight studio outtakes, "New Damage" (with Brian May), and seven tracks from "Live At The Paramount" on Disc 2. Also available is a 1-CD remastered edition with enhanced art converting the original plastic jewel case into a gatefold softpak with the original six-panel folder design included. Rounding out the special editions is a 2-LP, 180-gram audiophile black vinyl edition of the remastered original album expanded to a gatefold jacket with a removable, limited edition 3D lenticular silver foil litho cover when removed reveals a gold foil jacket cover, 25th-anniversary vinyl etching on side four and a download card for a digital edition of the album in 320kbps MP4 AAC files. As a special option, the 2-LP vinyl will also be available in metallic silver color vinyl for 1,000 lucky fans exclusively at Soundgardenworld.com, us.udiscovermusic.com, and udiscovermusic.com — first come, first served.

A full list of the track listing of each configuration can be found below.

Released on October 8, 1991, "Badmotorfinger" spawned three singles, "Jesus Christ Pose", "Outshined" and "Rusty Cage", and became SOUNDGARDEN's highest-charting album on the Billboard album chart at the time. It has been certified 2x-platinum by the RIAA in the U.S. 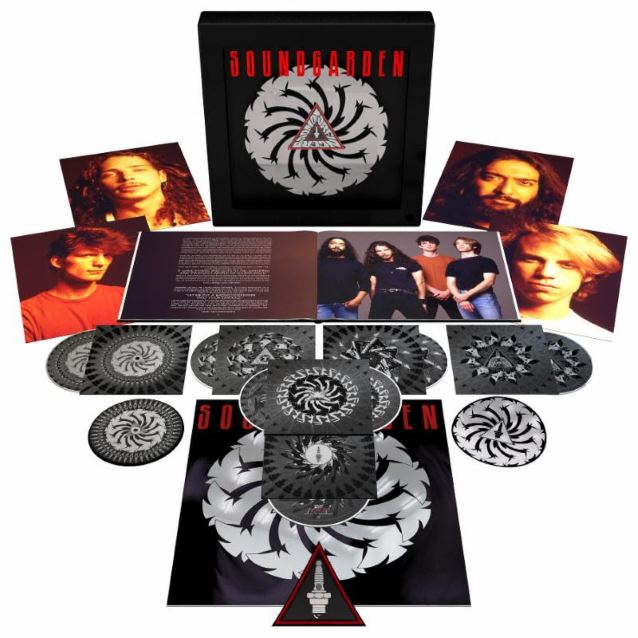 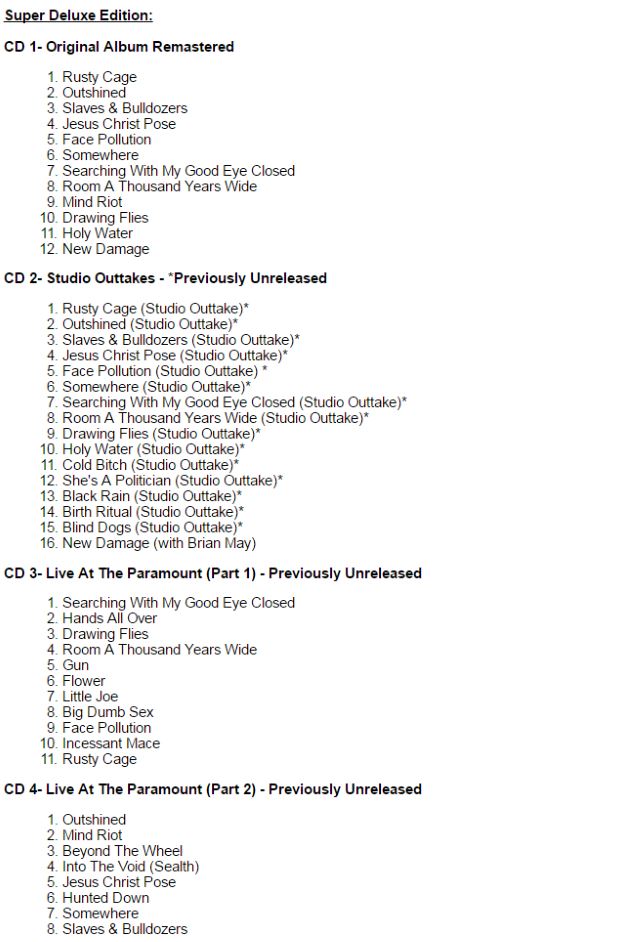 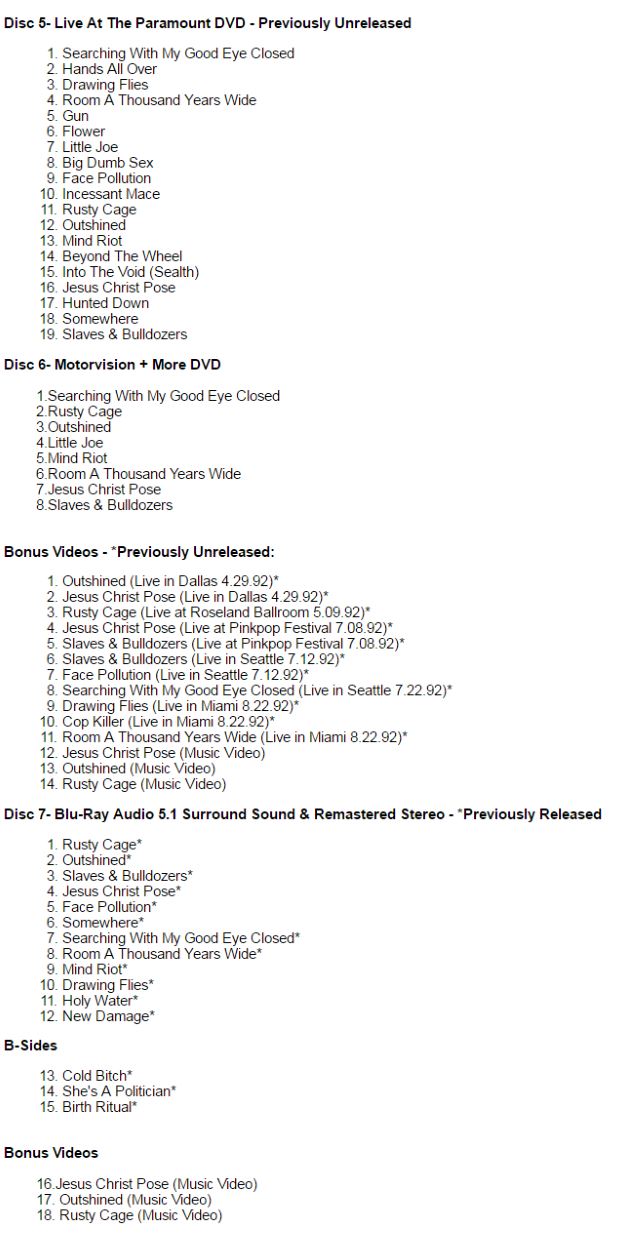 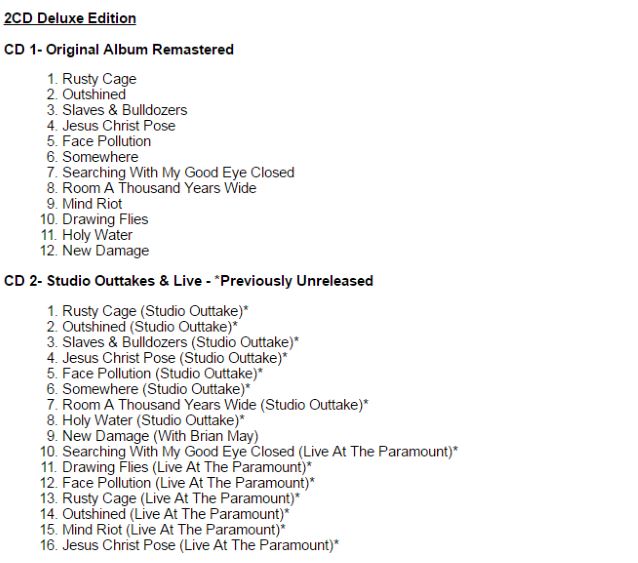 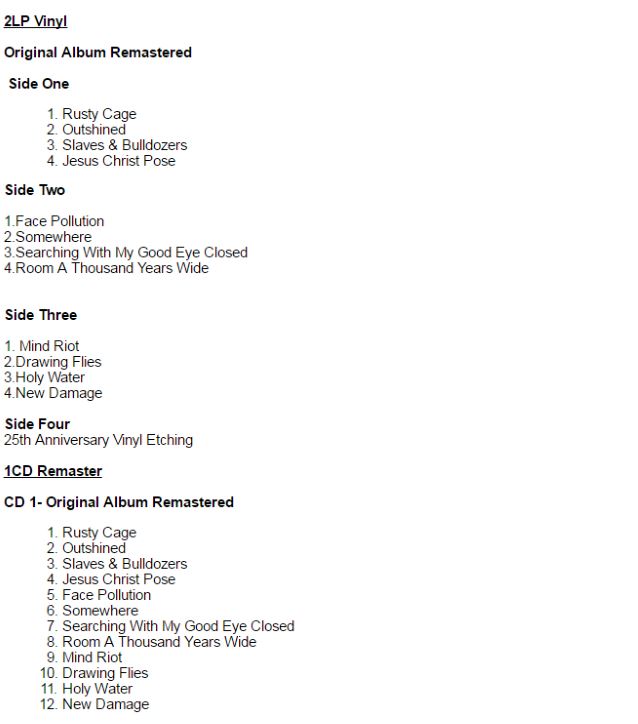