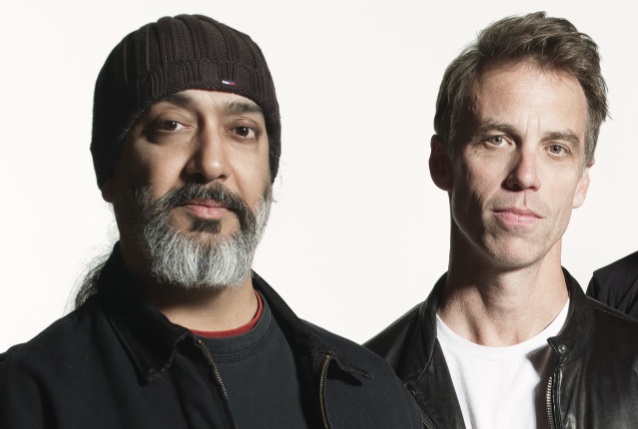 SOUNDGARDEN drummer Matt Cameron and guitarist Kim Thayil will perform together for the first time since the death of SOUNDGARDEN singer Chris Cornell, according to The Pulse Of Radio. The occasion will be the Northside Festival in Denmark on June 8, where Cameron will appear as a special guest of the MC50.

The MC50 is a band that original MC5 guitarist Wayne Kramer has assembled to celebrate the upcoming 50th anniversary of the MC5's legendary debut album, "Kick Out The Jams". The lineup includes Thayil, FUGAZI drummer Brendan Canty, KING'S X bassist Doug Pinnick and others.

Kramer and the band will play the album "Kick Out The Jams" in its entirety followed by an encore of MC5 material that will change each night.

The North American leg of the tour begins in early September and closes out on October 27 in Detroit, where The MC5 was from and first came to national prominence.

Cameron and Thayil made their first public appearance together since Chris Cornell's death last fall to support Vicky Cornell at a Human Rights Watch charity dinner as she accepted an award on behalf of her late husband.

SOUNDGARDEN bassist Ben Shepherd has yet to make any public appearance or statement since Cornell's death, though he was photographed with Chris's brother Peter Cornell in Seattle last year.

Chris Cornell was found hanged in a Detroit hotel room last May 18 after a SOUNDGARDEN concert earlier that night.