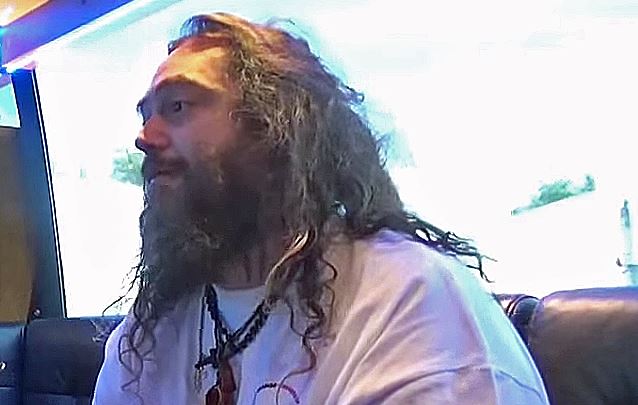 On June 21, BendNote conducted an interview with SOULFLY and CAVALERA CONSPIRACY frontman Max Cavalera at Hellfest in Clisson, France. You can now watch the chat below.

SOULFLY's tenth studio album, "Archangel", will be released on August 14 via Nuclear Blast Entertainment. The CD was produced by Matt Hyde, who has previously worked with SLAYER and CHILDREN OF BODOM. The cover artwork was created by artist Eliran Kantor (TESTAMENT, ICED EARTH, SODOM).