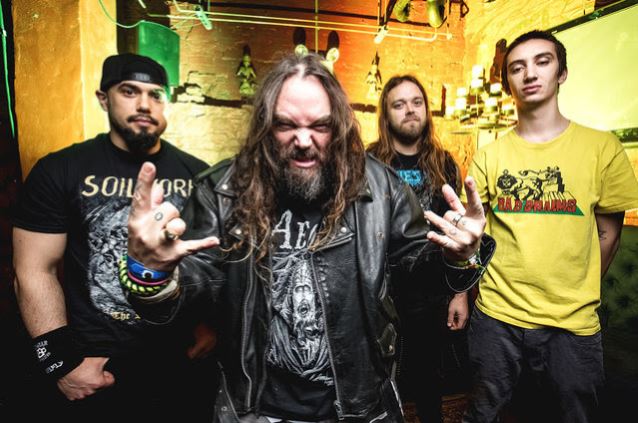 SOULFLY will embark on a four-week U.S. headlining tour in April. Joining them on the trek will be brutal death metal legends SUFFOCATION, Metal Blade recording artists BATTLECROSS, as well as ABORMALITY and LODY KONG.

Comments SOULFLY mailman Max Cavalera: "We are coming again with another kick-in-your-face package! Get ready to sell your soul to metal!!"

SOULFLY has tapped Mike Leon (HAVOK) to play bass on the band's current tour. Leon said: "I've been a fan of Max [Cavalera, SOULFLY mainman] and his music since I was a little kid, and to be playing with him and the guys now is truly unbelievable!"

Handling bass duties for SOULFLY during some of the group's shows last year was Max Cavalera's son Igor, who also sings for the Phoenix, Arizona band LODY KONG.

Former STATIC-X bassist Tony Campos left SOULFLY in May 2015 and is now touring with FEAR FACTORY.

Speaking to United Rock Nations about "Archangel", Max said: "I have not been excited for a SOULFLY record like 'Archangel' for ten years. It sounds really exciting, and I am excited. I worked with a great producer, Matt Hyde, and he understood what I wanted to do: this, kind of, exotic, mystic, biblical kind of record. And he helped me get through, and we did a lot of cool stuff together with the vocals; there's a lot of chanting and things I've never done before with my voice. It still sounds like Max, but there's a different feeling to it. And there's some trademarks on it. Like the first song's called 'We Sold Our Souls To Metal', it's a pure metal anthem. It's a great song — a declaration of proudness of being metal, and live metal, live the metal life. So it's, for me, my most honest way to tell the fans that I'm proud to be metal and I sold my soul to metal, so you should [sell] your soul to metal as well. It's a cool song… I don't know… I like the album artwork. Eliran did it. And I really like the colors. [There's] a bit [of the] Middle East [influence] in the guitar. There's some riffs that are very Middle Eastern riffs and kind of Babylonian riffs. So it's pretty cool. That's from me listening to MELECHESH and BEHEMOTH and stuff like that." 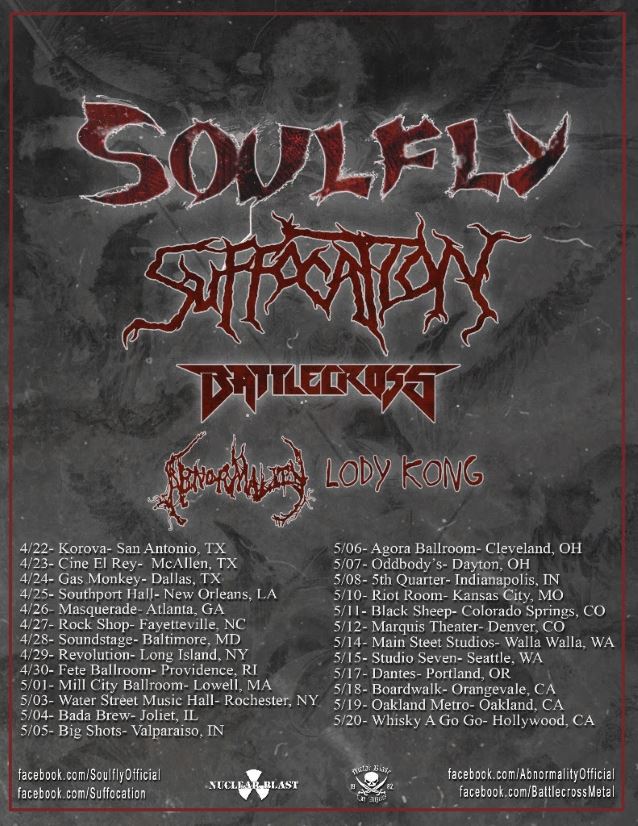