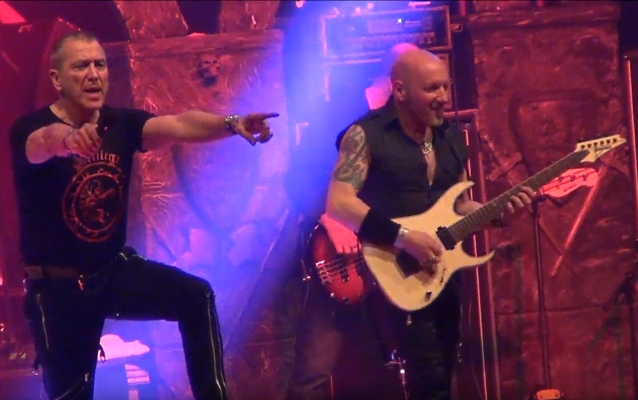 Four members of the classic French heavy metal band SORTILÈGE reunited for an appearance at this year's edition of the Keep It True festval on April 27 at Tauberfrankenhalle in Lauda-Königshofen, Germany

Musicians appearing at the event included:

Augustin previously performed the band's classic songs at the 2009 edition of the Keep It True festival (where he appeared under the ZOUILLE & FRIENDS banner).