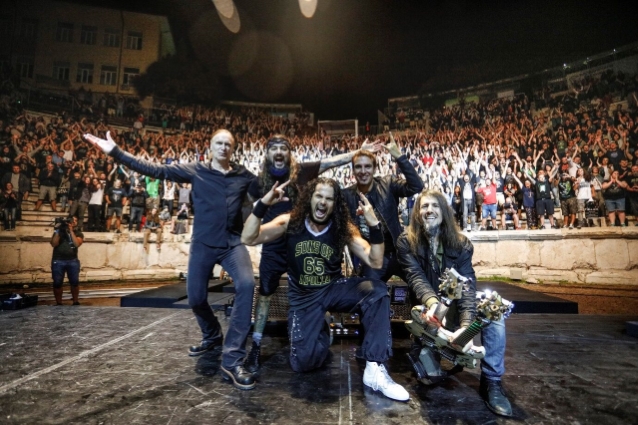 "Live With The Plovdiv Psychotic Symphony" documents the band's remarkable one-off performance at the Ancient Roman Theatre in Plovdiv, Bulgaria alongside a full orchestra and choir, playing tracks from its debut album, "Psychotic Symphony", as well as a selection of tracks by legendary bands. It will be available as a limited deluxe 3CD + DVD + Blu-ray artbook, special-edition 3CD + DVD Digipak, standalone Blu-ray and digital album.

A trailer for "Live With The Plovdiv Psychotic Symphony" is available below.

Portnoy comments: "I've released several dozen live albums through the years with about a dozen different bands, but I have to say that this live release from SONS OF APOLLO may indeed be the most special one of them all!! Everything was aligned that evening: an absolutely beautiful Roman amphitheatre and a perfectly gorgeous summer evening, one set of SONS OF APOLLO material and one set of specially chosen cover songs, and to top it all off being joined by a symphony orchestra and choir…it was a magical evening for everybody in attendance and now we can share it with the rest of the world immortalized in this incredible live package. This package will serve as a nice souvenir to capture the band's first year on tour and should tide over all of our fans while we complete work on our sophomore studio release that will coming in January 2020."

01. Bumblefoot Guitar Spot
02. And The Cradle Will Rock
03. Coming Home

Thal recently told the Detroit radio station 101 WRIF that the next SONS OF APOLLO album "will still sound like us. That's not something we can get away from," he said. "It will be similar, I'm sure, to the first record, but maybe just turning up the intensity knob. I'd like to — I'd like the heavier stuff to be heavier, the crazy stuff to be crazier and just really up the intensity... I can't wait. It's going to be good. I just really want to make sure we outdo the last record, and the record after this upcoming one outdoes this one, and we just keep raising the bar and demanding more of ourselves and meeting that higher setting that we keep pushing [for]. In anything, you just always want to become better. You want to keep bettering what you've done and keep growing and keep improving and keep developing. I'm excited to take that step and see what we come up with."

Asked how the group prepares before it enters the studio, Ron said: "[We] come in with ideas, but a lot of things happen spontaneously. Most of the [first] record happened spontaneously. Even then, when we have ideas, the last thing you want to do is over-build the idea on your own — you want to leave room for it to grow as a band and [allow] everybody to contribute, and make it something that's truly us, not something where somebody runs with it and ends up writing the whole song. That can happen — and on the first record, that happened a bit, which is fine — but [the goal is] trying not to over-write, so if I come up with an idea, if I come up with a riff, I try to just leave it at that riff and resist the urge to make the next part and the part after that and say, 'Hey, check out this whole song I wrote.' We all want it to be a band effort where we all contribute so that it does sound like all of us." 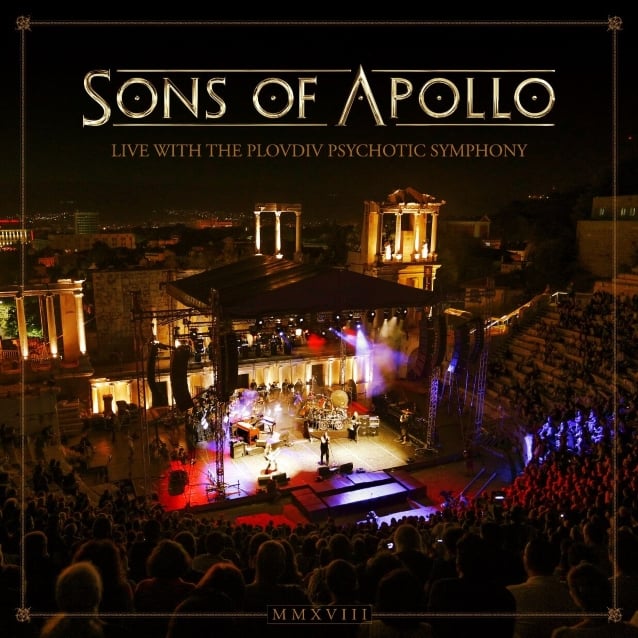