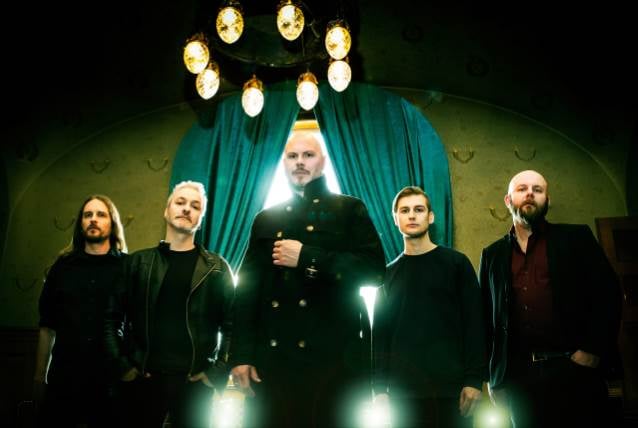 SOILWORK singer Björn "Speed" Strid spoke to United Rock Nations about the progress of the recording sessions for the band's follow-up to 2015's "The Ride Majestic" album. "I have about three more songs to do vocals for, and then it's pretty much done; then it's gonna be mixed," he said (hear audio below). "And I'm really, really pleased with it — it's really, really cool. [It's] possibly the most epic and darkest album we've done. And it's also very melancholic, but it's also very sort of uplifting. It's huge. I'm really happy with it."

Asked if the musical direction of the new SOILWORK material is similar to that on the last album, Strid said: "I would say a mixture between 'The Ride Majestic' and [2013's] 'The Living Infinite'.'

As for when fans can expect to see the new SOILWORK disc, Björn said: "I think it's gonna be released at the end of [this] year or the beginning of next."

"The Ride Majestic" was SOILWORK's last album to feature longtime drummer Dirk Verbeuren, who left the band in July 2016 to join MEGADETH. He was replaced in SOILWORK by Bastian Thusgaard of THE ARCANE ORDER.

SOILWORK is now a quintet, following the departure of bassist Markus Wibom in late 2016 due to "other commitments." He has since been replaced by touring bassist Taylor Nordberg (THE ABSENCE).