Listenable Records has announced plans to re-release the classic first albums from Swedish metallers SOILWORK. "Steelbath Suicide" (1998) and "The Chainheart Machine" (1999) will be reissued in deluxe super jewelcases with revamped artwork and contain various bonus tracks. Out of print for a while, these re-releases are a "must-have for any SOILWORK fan who missed the originals while the various bonus materials make it worth for die-hard fans to get these gems again," the label says in a press release.

The band will be on tour with ONE-WAY MIRROR in Europe this November and December. Shortly after SOILWORK will headline a massive North American tour to begin in late January 2009 with DARKANE, WARBRINGER, and SWALLOW THE SUN. 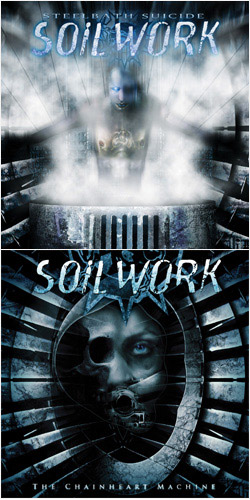