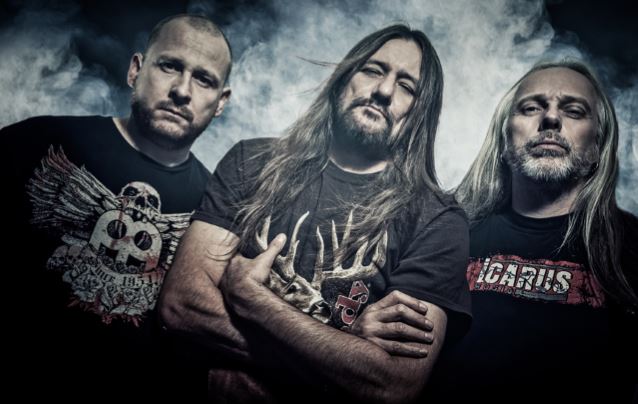 German thrash metal veterans SODOM will release a new EP, "Sacred Warpath", on November 28 in Germany, December 1 in the rest of Europe and late January 2015 in the USA via SPV/Steamhammer. The effort will be made available on CD, 10-inch clear vinyl (limited to 1,000 copies) and as a digital download.

Comments SODOM frontman Thomas "Angelripper" Such: "Since we've been getting the impression that the world is falling apart at the seams, we've decided to make our voices head … while there's still time.

"'Sacred Warpath' was originally written for our upcoming album, but we feel it's a good idea to release it now as an appetizer for future SODOM tracks. Because it's going to get raw, brutal and will be a reflection of all the things that we're afraid of and that give us nightmares. Pretty much like that hate-filled world we live in. And it's probably more authentic than any of our releases so far.”"

Reagarding the bonus material that is included on SODOM's new EP, Angelripper said: "The record includes three representative titles which we recorded in Germany this year, and it's guaranteed to become a rare collectors' item. The cover will feature a re-paint of an old design from the '80s which I did for a demo cover, painted in oil by Christian Ermel.

"This may all sound a little old-school, but that's intentional. That's what we've always been and always will be about.

"We very much hope to tie over the waiting time until the arrival of our new album. And now listen to my unmistakable demand on this world: turn back on your sacred warpath and find the path of peace before it's too late. Our music will help you!"

SODOM's latest album, "Epitome Of Torture", sold around 800 copies in the United States in its first week of release. The CD landed at position No. 25 on the Top New Artist Albums (Heatseekers) chart, which lists the best-selling albums by new and developing artists, defined as those who have never appeared in the Top 100 of The Billboard 200.

"Epitome Of Torture" was made available on April 29, 2013 in Europe and May 7, 2013 in North America via SPV/Steamhammer. Bassist/vocalist Thomas "Angelripper" Such, guitarist Bernd "Bernemann" Kost and new drummer Markus "Makka" Freiwald recorded a total of twelve new tracks (plus a MOTÖRHEAD cover) which "present SODOM as more diverse and multi-faceted than ever," according to a press release. 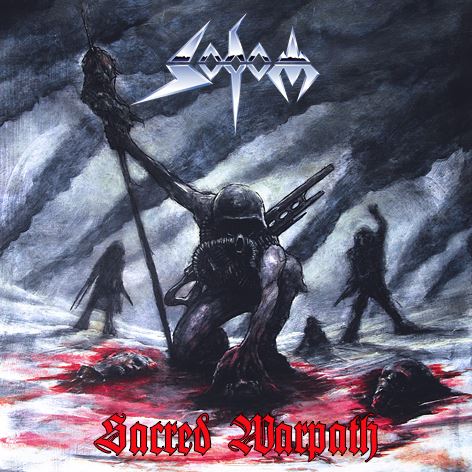