German thrash metal veterans SODOM will headline the second edition of the Milano Thrash Fest on May 30 at Thunder Road in Codevilla (Pavia), Milano, Italy.

As previously reported, SODOM will headline the "Chris Witchhunter Tribute Concert", which is scheduled to take place on Saturday, April 11, 2009 at Turbinenhalle in Oberhausen, Germany. The event, which will honor late SODOM drummer Chris Dudek (a.k.a. Witchhunter), will feature performances from the following artists: 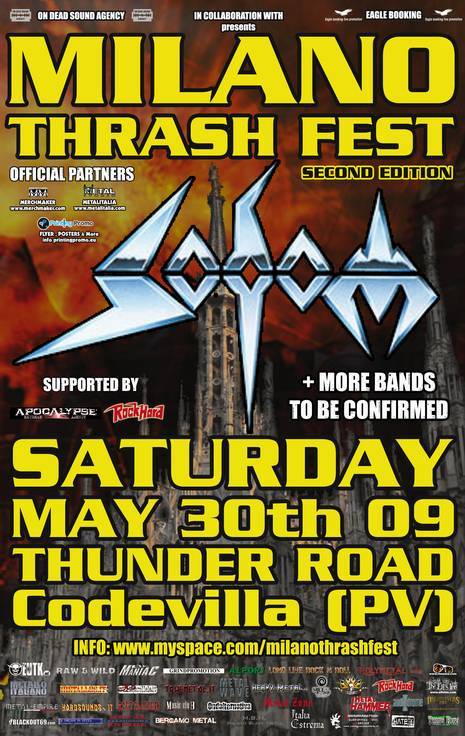