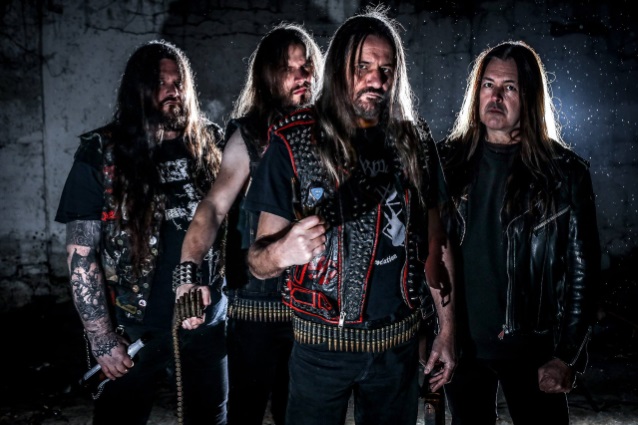 SODOM, DEATH ANGEL and SUICIDAL ANGELS will join forces for the 2018 installment of the "MTV Headbangers Ball" European tour.

DEATH ANGEL commented: "We're comin' back, we're comin' for you! We're very proud to announce that we'll be part of the 'MTV Headbangers Ball' tour 2018. SODOM, DEATH ANGEL and SUICIDAL ANGELS comin' your way. November and December, see you there!"

SUICIDAL ANGELS added: "Here we go again, sharing some wonderful news with all of you! There could be no better way than this, to end the 'Division Of Blood' era and head to a new album. The perfect way to end this year and the perfect line up for an absolute thrash metal mayhem! Wait till the announcement of the fourth band, ha! It's gonna be killer."

The new lineup of SODOM made its live debut on May 18 at the Rock Hard Festival in Gelsenkirchen, Germany.

As he had hinted at the beginning of the year, Tom has opted for a lineup featuring two guitarists, an absolute novelty for SODOM. "Two guitarists allow us much more possibilities live, so we will be able to play tracks in future that we weren't able to perform as a trio," Tom said. 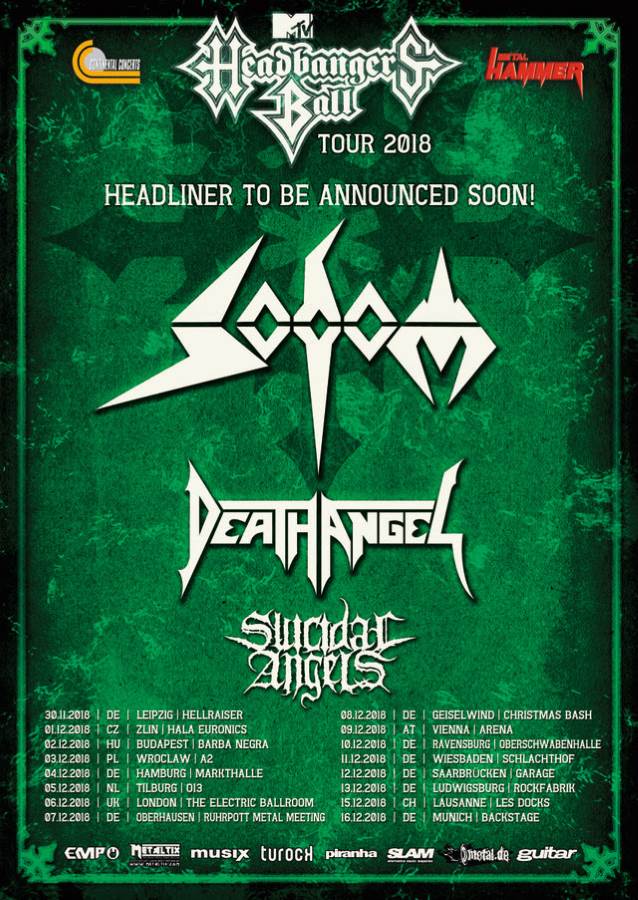