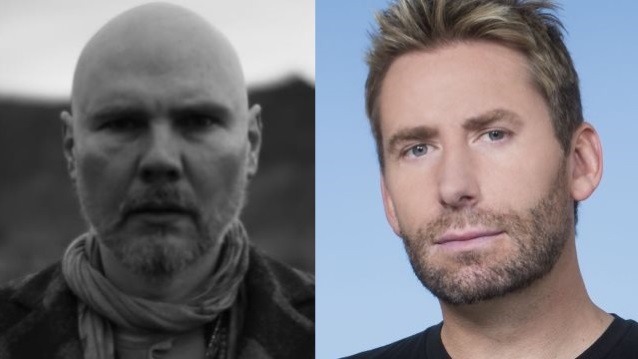 Kroeger told The Pulse Of Radio not long ago that keeping NICKELBACK's fans happy is more important to the band than anything else. "We don't feel pressure from the label or management or anything like that," he said. "We set the bar pretty high, you know, for ourselves and our fans because they're always in the forefront of our mind when we're creating new stuff, and we love giving our fans what they want. It's tough because picking out a Nickelback fan's tricky, you know, 'cause they're all over the map and they all like something different. So trying to keep all of them happy, it's a challenge."

Corgan himself is doing the promotional rounds for his new solo album, "Ogilala", and has hinted at a reunion of the original SMASHING PUMPKINS taking place in 2018.

NICKELBACK will return to Las Vegas for the first time in seven years next February, when the band launches a five-night run at the Joint at the Hard Rock Hotel & Casino. The engagement will be NICKELBACK's only North American dates of 2018.

The quartet released its ninth studio album, "Feed The Machine", this past summer and recently completed a 45-city North American tour.