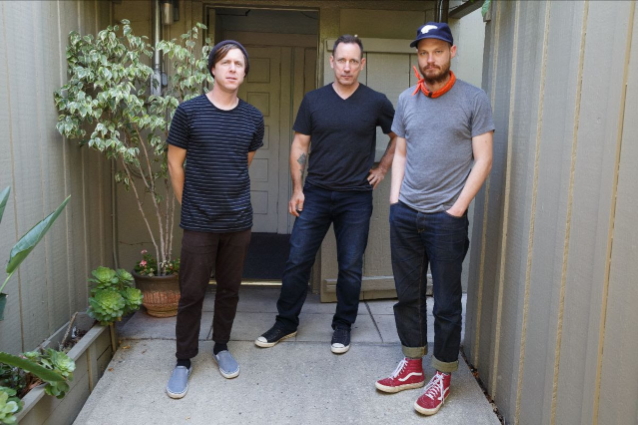 Forbes premiered the first single, "Humility", praising how it "builds in intensity, a pummeling drum solo paired with fevered sax to close the song in a beautiful cacophony of sound." On the track and inspiration behind the album, Chamberlin exclusively told Talkhouse in an interview: "The record is just kind of a document of a moment in time. The titles are representative to me of what we engage when we try to live a higher ideal. Integrity, humility, service, grace."

Chamberlin says: "I looked around, and I thought what — in my opinion — does the world need more of right now?" He is referring to the title of "Honor", the new release by his amorphous ensemble the JIMMY CHAMBERLIN COMPLEX, and all it takes is a brief glimpse at the latest headlines or social media feeds to realize that he's right to find that particular value in short supply these days. But he could, setting modesty aside, just as easily have been talking about the music on this captivating LP, which thrives on the kind of communal involvement and scintillating chemistry that we're all missing during this time of lockdowns and distancing.

"Honor" finds the membership of the COMPLEX shifting once again, though the core of the band remains the trio of Chamberlin, bassist/producer Billy Mohler, and guitarist Sean Woolstenhulme. Keyboardist Adam Benjamin returns from the complex's 2005 debut, "Life Begins Again", this time joined by tenor saxophonist Ben Wendell and trumpeter Shane Endsley, Benjamin's bandmates in the genre-defying KNEEBODY, and tenor saxophonist Frank Catalano, Chamberlin's longtime collaborator from the Chicago jazz scene.

The notion of "Honor" is one that Chamberlin regards as core to both his personal and professional lives. It's also a tenet that he strives to instill in his two teenage children, despite the challenges presented by the tumultuous times they're living in.

"I think every generation has its challenges," Chamberlin says. "It can be very confusing to try to navigate, emotionally and spiritually, where things are going. I think if you take solace in the universe, you'll find rules and consistency that you can replicate in your own life to be more congruent with the way things are supposed to be."

The four transportive pieces on the EP are each named for a foundational principle upon which honor can be built: "Integrity", "Humility", "Service" and "Grace". These ideas are embodied in the way that the members of the COMPLEX make music together, locking into intoxicating collective grooves while leaving space for thrilling individual statements that express each player's singular voice while contributing to the whole. That all stems from the leader's approach to his own instrument, whether under his own name or in his contributions to the SMASHING PUMPKINS.

"The same way you honor yourself, you have to honor your instrument," he explains. "My relationship with the drums is the oldest relationship I have outside of my family. Since I was eight years old, I've had this incredibly intimate relationship that's taken me on a journey predicated on the ability to play this instrument. That has to be rooted in accountability and honor, so I just wanted to pay homage to that while making a subtle commentary on what's going on today."

The musical journey that Chamberlin has undertaken is vividly illustrated in the eclectic yet harmonious blur of influences represented on "Honor". The youngest of six children, Chamberlin was raised on the jazz played by his clarinetist father and drummer brother, his passion for improvisation rooted in the likes of Duke Ellington and Benny Goodman. He was introduced to classic rock by his older siblings, and the two parallel loves left him a prime target for the rock-meets-jazz explosions of fusion. He instantly took to such ground-breaking pioneers as MAHAVISHNU ORCHESTRA, RETURN TO FOREVER, WEATHER REPORT, Herbie Hancock and Miles Davis's electric bands.

"That music is in my DNA," he says, laughing at the mismatch this caused when he initially joined the SMASHING PUMPKINS. "They were listening to LOVE AND ROCKETS and JOY DIVISION, and I was listening to Tommy Bolin. But it's such an endless well of knowledge. As a drummer, you can constantly go back to that music and continue to learn."

The lessons he's imbibed over a lifetime bear adventurous fruit in the stylistic whirlwind of the COMPLEX, which melds the riveting intensity the drummer has conveyed on rock stages around the world with the intricate explorations and spontaneous combustion of the most risk-taking jazz. If "fusion" wasn't so inextricably linked to a certain sound and a specific period in time, it would be the perfect description of Chamberlin's dizzying blend, albeit in a fascinatingly contemporary form. In Mohler and Woolstenhulme, Chamberlin has allied himself with gifted improvisers who have also balanced musical integrity with pop stardom. Mohler in particular has worked with Lady Gaga, Dolly Parton, Herbie Hancock and Wayne Shorter, to name a few. Benjamin and Endsley's work together has been defined by eluding categorization, while Catalano has traversed the bounds of straight-ahead jazz and pop music throughout a remarkably diverse career. In the end, the music of the COMPLEX can perhaps be best summed up by exactly what it is: the sound of these strikingly individual musicians joining forces. After the somewhat more carefully constructed "Life Begins Again", that concept took prominence by the time of 2017's "The Parable", which featured keyboardist Randy Ingram and saxophonist Chris Speed. "That's when we decided that this is what the COMPLEX is," Chamberlin explains. "Just a real-time document of people playing music together." That spirit is the one that Chamberlin discovered in the artists that he loved — Tony Williams, Elvin Jones, Miles, Herbie, and on and on. Not the technical wizardry or experimental daring so indelibly identified with fusion — though those elements are brilliantly showcased on "Honor" — but the personal emotional connection with an expressive soul and a receptive listener.

"Music at its best is a reflecting pool of the experience that the artist is having," he concludes. "That's the idea here: to feel something and make others feel something as well. Growing up in a blue collar town south of Chicago, that really spoke to me and rescued me from the morass. At its best, music can take people where they haven't been before." 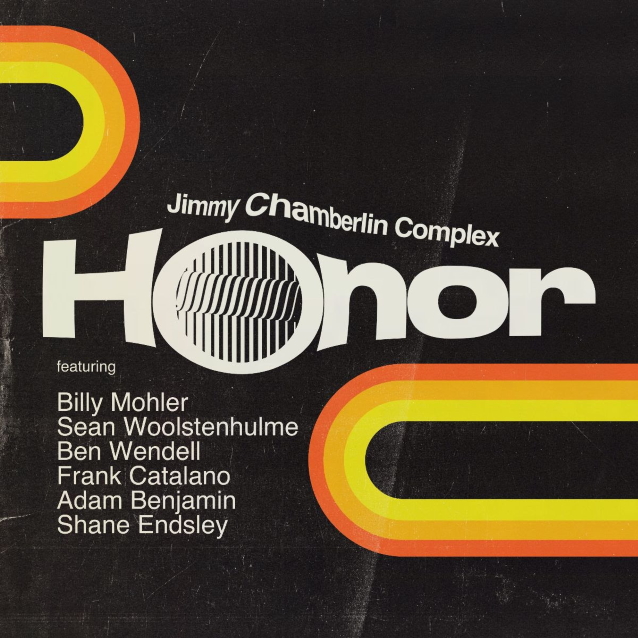