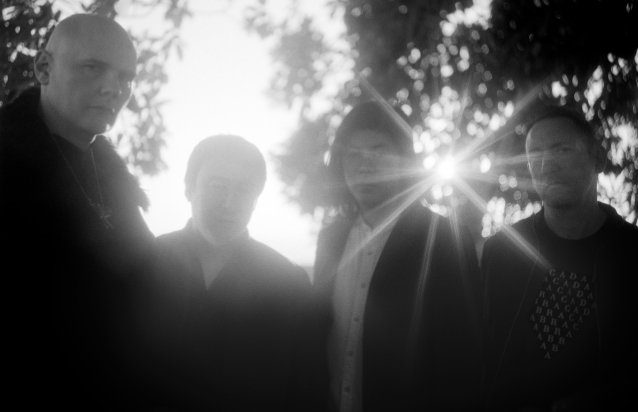 Grammy Award-winning, acclaimed alternative rock luminaries SMASHING PUMPKINS have announced that their "Shiny And Oh So Bright" tour will be live-streamed to the world via the "Live Nation Concert Series" on Twitter on Friday, August 24 at 8:15 PT from Seattle, Washington. Fans outside of the U.S. can access the livestream at this location.

In June, SMASHING PUMPKINS dropped "Solara", the first recording in over 18 years to feature founding Corgan, Iha and Chamberlin. Recorded in Malibu, California at Shangri La Studios with producer Rick Rubin and guitarist Jeff Schroeder, "Solara" is available now to stream and download on all digital music platforms via Martha's Music under license to Napalm Records.