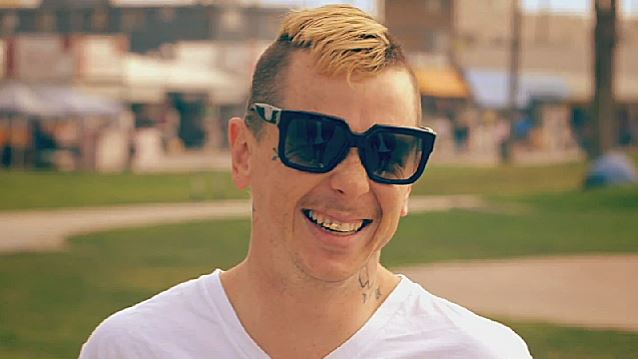 SLIPKNOT DJ Sid Wilson (a.k.a. DJ Starscream) will appear in the fourth and final season of "Dynamo: Magician Impossible", the fly-on-the-wall documentary series which follows the life of English magician-illusionist Steven Frayne, better known as Dynamo.

In the episode, Dynamo takes a trip to Venice Beach, California to meet with Wilson. What Dynamo does next will leave you as amazed and baffled as it did Sid.

The three "Dynamo: Magician Impossible" seasons to date have charted Dynamo's journey from humble beginnings in Bradford to becoming one of the world's most talked about entertainers/illusionists thanks to his dramatic and epic stunts, which have included the Thames "River Walk" in London, walking down the side of the LA Times building and levitating in front of the Christ the Redeemer statue in Rio de Janerio, Brazil.

The fourth season of "Magician Impossible" follows Dynamo as he travels to L.A., San Francisco, Paris and — for the first time — India before heading to London and returning to the north of England, where his story began. From pop stars, to actors and passers-by on the street, the reaction to Dynamo's spine-tingling magic is infectious and he continues to amaze everyone he comes into contact with.

The "Magician Impossible" series has been seen in 193 territories around the globe.