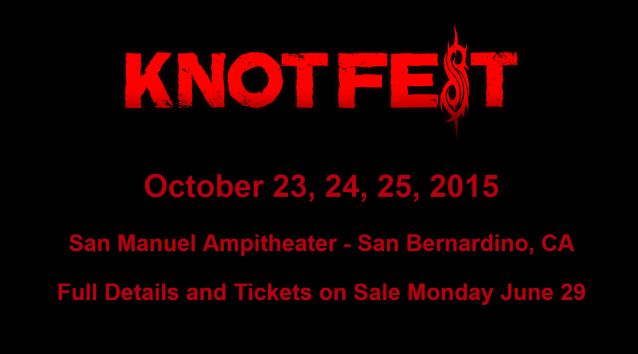 The 2015 edition of SLIPKNOT's Knotfest festival will take place on October 23-25 at San Manuel Amphitheater in Devore, California.

The full lineup for the event will be announced on Monday, June 29.

A three-minute video wrap-up of last year's Knotfest, which was held on October 25-26, 2014 in Devore, can be seen below.