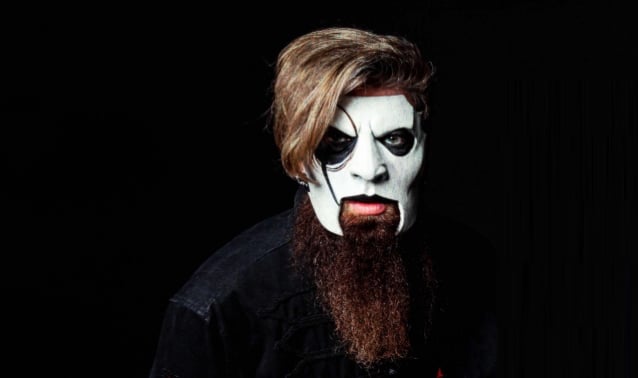 In a brand new interview with the WMMR radio station, SLIPKNOT guitarist Jim Root was asked if there are any plans for the band to do something special to celebrate its 25th anniversary next year. He responded: "I don't know, man. I don't know if we're gonna [play] a [whole] record [live]. We did that with 'Iowa' at Knotfest, and it was cool — it was a cool thing. But it might be cool to do… We have been talking about maybe trying to find some way to play [the new SLIPKNOT] album ['We Are Not Your Kind'] in its entirety — from top to bottom. I would like to do that. I think that would be something really cool. And do it in a really toned down, stripped down, not big stage set, club atmosphere type of thing. I'd love to do something like that. And then maybe webcast it or something."

"We Are Not Your Kind" entered the Billboard chart at No. 1, marking SLIPKNOT's third consecutive No. 1 album on the Billboard 200. Furthermore, the album made an impact worldwide with No. 1 debuts in the United States, United Kingdom, Mexico, Australia, Canada, Japan, Ireland, Belgium, Portugal and Finland, as well as Top 5 debuts in Germany, France, Norway, Italy, Austria, Sweden, Switzerland, The Netherlands, Poland, Spain and New Zealand.

"We Are Not Your Kind" is highlighted by "Solway Firth", "Birth Of The Cruel" and the LP's lead single, "Unsainted". Each has come with an M. Shawn Crahan-directed official music video, and each has trended worldwide on YouTube (all videos, not just music) — "Unsainted" at No. 1 worldwide for a full 24 hours. Combined, the band has amassed over 58 million views in only two months.