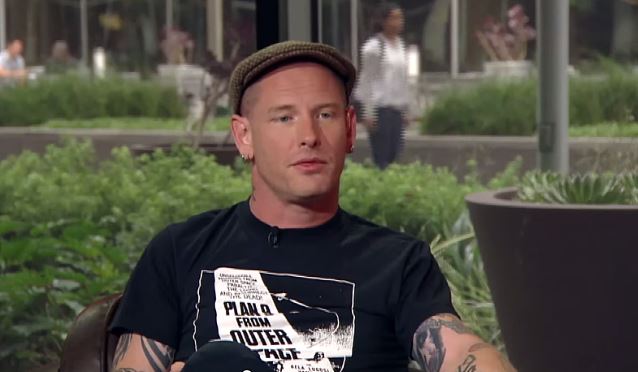 SLIPKNOT frontman Corey Taylor joined "The Rich Eisen Show" guest hosts Randy and Jason Sklar on October 17 to talk about the band's fifth studio album, ".5: The Gray Chapter", Taylor's love for the Indianapolis Colts and Peyton Manning and how he rehearses at full speed under the mask. You can watch the full chat below.

".5: The Gray Chapter" sold around 132,000 copies in the United States in its first week of release to land at position No. 1 on The Billboard 200 chart. The CD arrived in stores on October 21 via Roadrunner.

".5: The Gray Chapter" caps a very turbulent period for the masked rockers in which they dealt with the death of Paul Gray and the firing of drummer Joey Jordison, both longtime members and songwriters. Despite it all, Corey Taylor told The Pulse Of Radio he's proud of what the band has accomplished this time out. "The fact that we were able to kind of pull ourselves back up and not only go in and make a really good album, but make an exceptional album, in my opinion, I think it's a testament to just how talented this band is," he said. "It's a testament to how much passion we have for it. It's a testament to how much we're willing to fight to accomplish everything that we want to accomplish. I'm excited for people to hear this, because to me I think it's one of the best albums we've ever made."