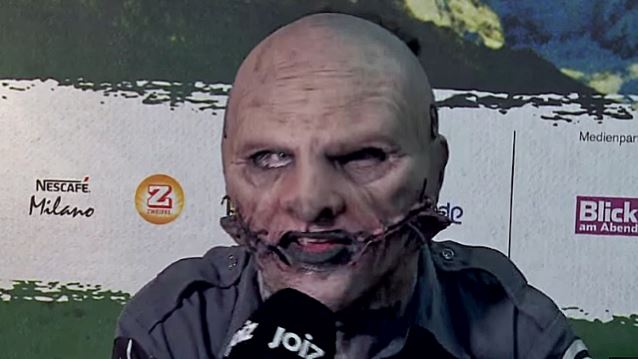 SLIPKNOT singer Corey Taylor was interviewed on the Swiss TV show "Living Room" on Joiz TV prior to the band's June 11 performance at the Greenfield festival in Interlaken, Switzerland. You can now watch the chat below.

Recalling one particularly bad onstage accident, Taylor said: "A long time ago, I walked… basically, I walked from the speakers that were in front of the stage onto the stage. And the speakers were a little taller than the stage [was], right?! And just at that moment, they were changing lights, they were changing the scene, and I couldn't see because of my mask — my old mask — and I took a header so hard, it wasn't even funny. I turned my ankle, nailed my head… It was stupid… I just kind of got up, laughed and we started the next song. I mean, that's really all you can do, because there's no gettin' out of it. You can't convince people to unsee what they just saw. So you just roll with it: 'Yeah, I'm a dipshit. There it is.'" 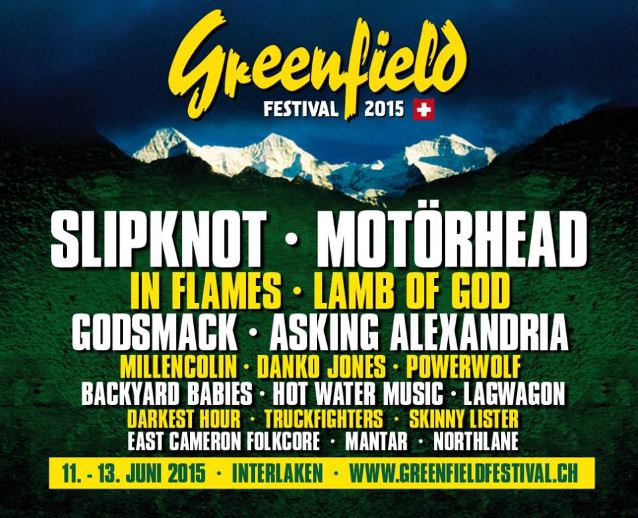