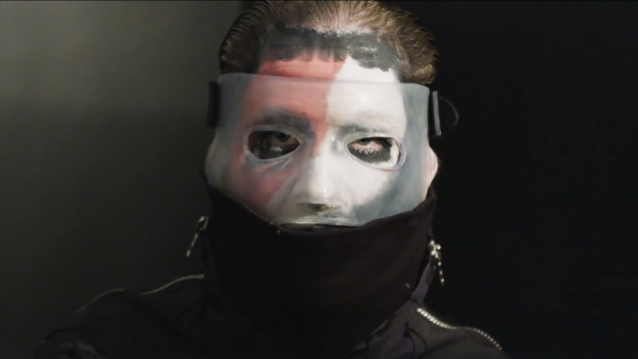 SLIPKNOT frontman Corey Taylor spoke to Full Metal Jackie's nationally syndicated radio show about the inspiration for the title of the band's upcoming sixth album, "We Are Not Your Kind". Due on August 9 via Roadrunner, the disc was once again recorded at a Los Angeles studio with producer Greg Fidelman, who engineered and mixed SLIPKNOT's 2004 album "Vol. 3: (The Subliminal Verses)" and helmed 2014's ".5: The Gray Chapter".

"'We Are Not Your Kind' is me kind of putting my foot down as far as the divisiveness, not only just the culture right now, but the world at large," Corey said. "Everyone is so at odds with each other. Everyone is so quick to look at each other as an enemy without trying to find common ground. For our kids, for our fans, that can really be a stressful, daunting, dangerous time. It's very dangerous for people to be different these days. I will not have it. I grew up different. I know the pain of having to deal with being treated differently, and for me, it's one of those rare cases where I actually use my position in life to make a stand and say, 'Guess what? It doesn't matter who you are, where you come from, what you look like, what color your skin is, who you love, what you believe — we are a family because of this love for music that we have.' And 'We Are Not Your Kind' represents that gathering of people together and then turning our backs towards the rest of the world and saying, 'We're not going to let your illness, your hate, permeate us. We are not your kind. You will never be ours.'"

Taylor previously told Kerrang! magazine that that "we are not your kind" was originally intended to just be a line in SLIPKNOT's standalone 2018 single "All Out Life". "I didn't think it would be anything more than a great chant at a concert," he said. "It was one of the things in my head that I could hear 50,000 people screaming at the top of their lungs, pumping fists. It wasn’t so much that I thought it was benign or anything — it was definitely something that I thought, 'This could be something really cool — but it took on a life of its own, and that's when I really started thinking about the phrase; about how it could be perceived."

Added percussionist Shawn "Clown" Crahan: "Once Corey dropped the lyrics and we heard that line in 'All Out Life', it was, like, 'Nothing will top this.' It pretty much engulfs what the whole thing is about, and it's the best representation of everything that we need. Trying to find anything else would really be contrived, you know what I'm saying? It engulfs everything we are."

SLIPKNOT kicked off its "Knotfest Roadshow" tour last Friday night (July 26) at the Shoreline Amphitheatre in Mountain View, California. The performance marked SLIPKNOT's first full-length U.S. concert since the band played at the Louder Than Life in Louisville, Kentucky on October 2, 2016.