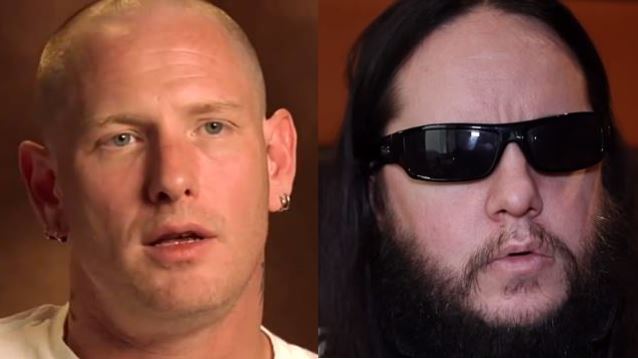 SLIPKNOT singer Corey Taylor has denied that the band's new track "The Negative One" was written about the group's former drummer Joey Jordison, claiming that the song's lyrics deal with "the ugliness that we all have in us."

The first new tune released by SLIPKNOT in six years, "The Negative One" is taken from the group's upcoming fifth album, titled ".5: The Gray Chapter", which is due out on October 21. The disc follows up 2008's "All Hope Is Gone" and is the band's first without Jordison, who was let go late last year, and founding bassist Paul Gray, who died in 2010.

With lyrics like "The Lord Of Lies / You Had To Be Set Free / Opposing Sides / Your Choices Are The Negative One And Me," fans have speculated that "The Negative One" was written about Jordison, who was assigned "1" as his numbered alias shortly after the band's formation.

"I didn't even put that together! That's just how fucking crazy people are!" Taylor told UK's Metal Hammer magazine.

After it was pointed out to Corey that "The Negative One" apparently contains all the letters that spell out "Joey Jordison," the singer replied, "Oh my fucking God! People need to fucking unplug every now and again. I did hear some shit about the video for it, like it's supposed to be Joey, but it's so fucking funny."

Asked if the song is about anyone in particular, Corey said: "Here's the thing. The album is a story — not in a certain order; it jumps around — but it's a story of this band for the last four years, from the moment Paul died to the moment we stepped out of the studio. So there are certain songs that deal with, not Joey in particular, but about the tension and trying to deal with the ugliness that we all have in us.

"'The Negative One' was about me, not about Joey, and that's why the song says, 'Your choices are the negative one and me,' which is the two kinda colliding together. 'The Devil In I' is the same, which you'd think would be fucking apparent.

"I love the fact that our fans are that passionate, but 'Judas Priest', get out of the fucking basement once in a while! Log off of the fucking Twitter and go smell a flower, and just let yourself get back to a point where you go, 'Y'know what? That's a little crazy.'"

He continued: "'The Negative One' is about me, and not just me, but everybody in the band.

"We all have so many different sides to ourselves, but especially with this band. When we get together, there's something about the music we make that really unleashes the crazy, dark shit inside of us. And that song in particular is about, basically, embracing it again, giving into it and letting it have its say. Because if you don't, then you sit on it and you repress and it blows up in really negative ways. So, that song is about freeing it."

"The Negative One" lyrics:

Fire And Caffeine
A Lot Of Nicotine
I'm Going To Burn So I Better Tell You Everything
The Competition
The Superstition
Never Mind 'Cause You're Never Going To Give In
It's A Crisis, Just How You Like It
The Same Drama In A Different Disguise
I'm Bound To Walk With A Target On My Back
At Least I'm Ready For Another Attack

Svengali
Why Are We The Enemies?
I Never Follow And I Never Make Apologies
Your Dementias Are Gonna Getcha
Because Your Walls Can't Support Each Other
Settle For The Cynical
You're So Political
You're Getting Ready 'Cause The First Move Is Critical
Reciprocity
Somebody's Listening
What Did We Learn From Our Time In Captivity?

No Accountability
Divisibility
I Point A Finger But It's Always Looking Back At Me
The Centipede's Pulling On The Mechanism
Unearthing Scars Of The Cataclysm
When The Innocent
Begin To Circumvent
The Color Fades But The Picture Is Vibrant
What Do You Believe?
Does It Matter Now?
Turn Away
The Killer Is Disavowed

SLIPKNOT announced in December 2013 that it had parted ways with Jordison, one of the band's founding members and key songwriters. Taylor told Metal Hammer that firing Jordison after 18 years was "one of the hardest decisions" the group ever made, adding that Jordison is "in a place in his life" which is "not where we are."

The identities of the band's new bassist and drummer have not been officially revealed, but both appeared — disguised in the same newly designed mask — in the video for "The Devil In I", the first single from the new album. 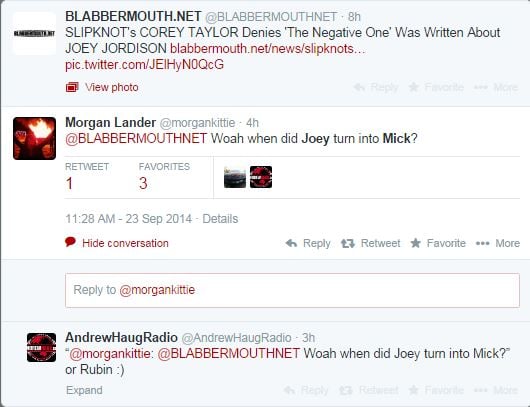 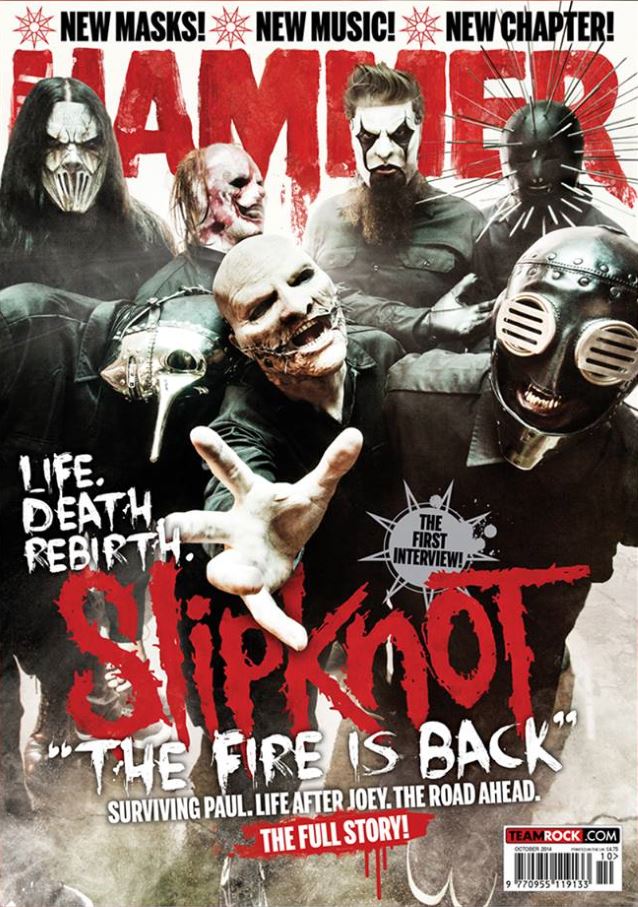