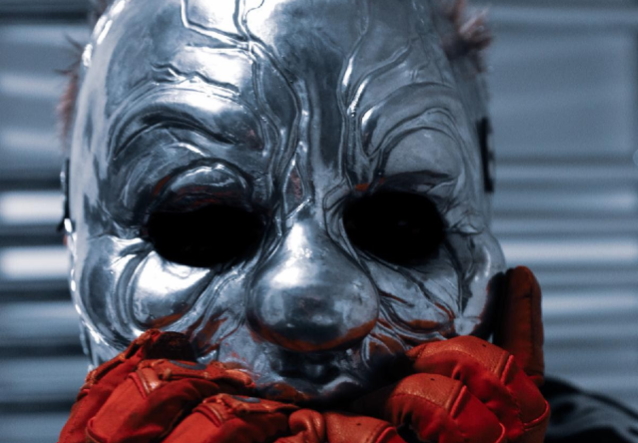 SLIPKNOT's M. Shawn Crahan, also known as Clown, has just released two solo songs, "Brainwash Love - Death Inside" and "Live Your Life". The tracks, and their accompanying visuals, bring together dreamlike soundscapes that are a far cry from most of SLIPKNOT's musical output.

Crahan is not only the co-founder, percussionist, production designer and artistic visionary of SLIPKNOT, one of the world's biggest metal bands, he is a multi-faceted musician (DIRTY LITTLE RABBITS, TO MY SURPRISE, THE BLACK DOTS OF DEATH), a painter and photographer whose work has been exhibited in galleries globally and published in the 2012 book "The Apocalyptic Nightmare Journey", a director and videographer, having directed a string of music videos for music artists, including SLIPKNOT, MOTIONLESS IN WHITE and HOLLYWOOD UNDEAD, the 2016 movie adaptation of graphic novel "Officer Downe" and SLIPKNOT's own "Day Of The Gusano" and "Pollution" movies. He also has an extensive body of studio work, having produced albums for MUDVAYNE, DOWNTHESUN, GIZMACHI and 40 BELOW SUMMER and helmed remixes for the likes of BRING ME THE HORIZON, COHEED AND CAMBRIA, SUICIDE SILENCE, MARILYN MANSON, AMERICAN HEAD CHARGE and ESCAPE THE FATE, among others. He is also an actor, having starred as the carny "Tamer" in the 2012 movie "The Devil's Carnival", and an entrepreneur, guiding the development and blending of SLIPKNOT's No. 9 whiskey in collaboration with Iowa distillery Cedar Ridge. The multi-platinum, Grammy-winning artist has sold more than 30 million records with SLIPKNOT, whose last three albums debuted at No. 1 on both the Billboard 200 and the U.K. albums chart.

SLIPKNOT has spent the last few months working on the follow-up to 2019's "We Are Not Your Kind" album.

Last month, SLIPKNOT frontman Corey Taylor told the Des Moines, Iowa radio station Lazer 103.3 that he and his bandmates had "a bunch of really cool stuff" for the new disc.

The 28-date run, produced by Live Nation, kicks off following the band's previously announced Knotfest Iowa hometown show in Des Moines on September 25. The "Knotfest Roadshow"'s first official date happens at Tinley Park, Illinois on September 28, with the tour then snaking its way across the U.S., wrapping up in Arizona in early November.