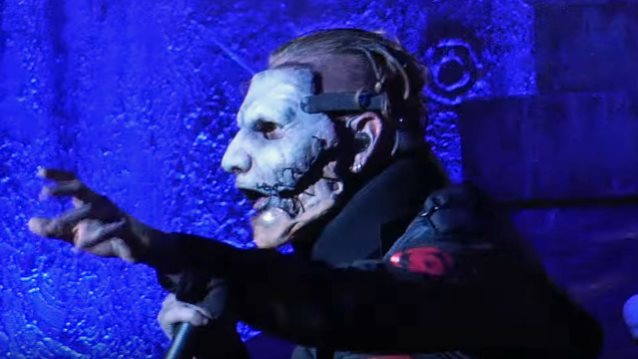 Behind-the-scenes footage from SLIPKNOT's homecoming show on August 5 at Iowa Events Center in Des Moines, Iowa can be seen below.

SLIPKNOT was forced to postpone its trek MARILYN MANSON by three weeks after singer Corey Taylor underwent what he described as "an unplanned spinal surgery."

Taylor told Metal Hammer about the album: "Our whole goal was to go in and make this dense, destructive album. We had no idea how destructive it was going to be. You can hear the bile in it, you can hear the frenetic passion for what we were trying to do."