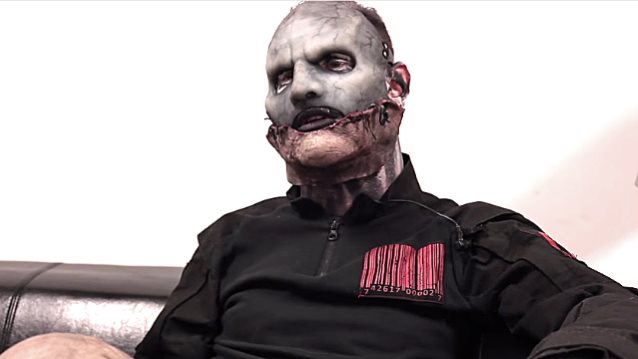 On June 18, RockSverige.se conducted an interview with SLIPKNOT vocalist Corey Taylor at this year's Copenhell festival in Copenhagen, Denmark. You can now watch the chat below. A couple of excerpts follow (transcribed by BLABBERMOUTH.NET).

On rumors that SLIPKNOT is already working on material for the follow-up to last year's ".5: The Gray Chapter" album:

Corey: "Well, I mean, we're gonna finish touring and then we're gonna take a couple of years off again to, kind of, let everything chill. I'm gonna go do my thing, [and] everybody else's gonna go, kind of, do their thing. I know Clown's [percussion] got movies that he wants to make, which is very cool. He just wrapped his first feature a couple of months ago, which I'm pretty stoked for him about. So everybody is gonna, kind of, do their thing, and then, in a couple of years, we'll get back together and see what happens again. Kind of what we used to do… Before we lost [SLIPKNOT bassist] Paul [Gray], that's what we would do: we would go [pursue other projects] for a while and then we would get back together after a couple of years and say, like, 'All right. What have we got now?' So I think that's what we're gonna do."

On whether he ever thought SLIPKNOT would one day be able to afford to fly around in a private jet, like they are during the current summer festival season in Europe:

Corey: "No. No. I mean, look at us. Bands like us don't get there. We're very, very lucky. We have a lot of talent. We have a lot of hard work, as far as our work ethic goes. And we're very stubborn men. But, you know, at the same time, we're very lucky. We were the right band at the right time with the right type of emotion, and I think, because of that, we've been able to take this further than we could have even ever imagined. I can't speak for everybody in the band, but I know I'm extremely grateful for the love that the audience has given us."

On why SLIPKNOT is still at the top of its game twently years into the band's existence:

Corey: "I don't know… to be honest. I mean, the only thing that I can say, or figure out, is maybe because our reasons for making music have never changed. We're still the band who remembers what it was like to hear our favorite bands when we were 14. And remember playing in front of an audience when we were, like, 19 — or, in my case, my first show was when I was 13. That same passion carries over today. I'm 41, so, for me, it wouldn't make any sense for me to come out here and fake it and act like I wanted be here, because I wear my emotions very much on everything. So, for me, the same emotion that went into the first album goes into everything that we do, and I think the fans realize that and they feel it and they react to it, and I think that's why we've just been getting bigger and bigger and bigger… in a career that has, really, had a lot of highs and lows. So, yeah, I don't try to figure it out anymore. I just kind of go, 'All right.' I enjoy the surprise of it. And that just makes me do everything I can for the audience."

SLIPKNOT's new album, ".5: The Gray Chapter", sold around 132,000 copies in the United States in its first week of release to land at position No. 1 on The Billboard 200 chart. The CD arrived in stores on October 21, 2014 via Roadrunner. 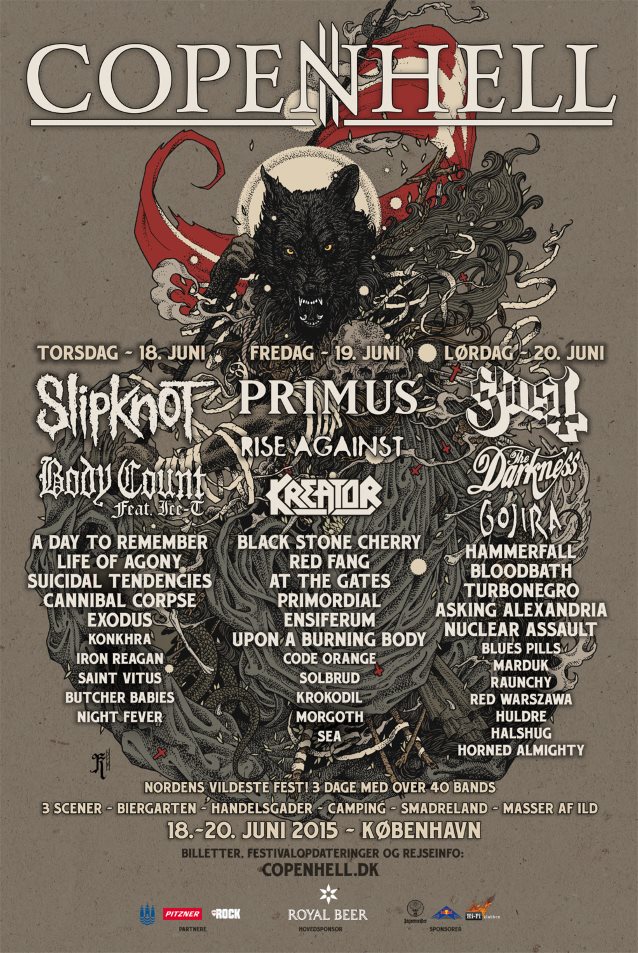