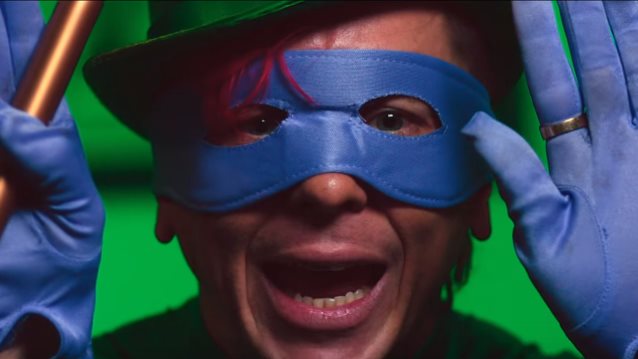 Toronto video and music production company Reel Wolf Productions has released the video for "Hail The Villains", featuring Sid Wilson from SLIPKNOT, Necro and Psych Ward. In the video, each of the emcees cosplays as a comic book supervillain as a tribute to the characters that they grew up with.

Wilson, who appears in the clip as comic-book villain The Riddler, is seen solving a Rubik's Cube while asking the audience a series of riddles via placards, including: "What kind of room has no doors or windows? I am the end of every place, the end of time and space — what am I? What tastes better than it smells?"

The clip is described as "a fan tribute to those infamous characters that have inspired generations of storytellers."