A statement from SLIPKNOT reads: "As you know, owners of three-day passes are more likely to come on Thursday in Clisson. Delighted by these 10 exceptional names, Hellfest has agreed to lend its main stages to allow fans to enjoy another mini-festival. Best of all, we hope that this bonus initiative will make you happy and that you will keep enough energy to follow the three days of Hellfest. All hope is not gone. See you in Hell!"

Tickets for Knotfest Meets Hellfest go on sale on December 7.

France is the fifth country to host Knotfest, with the event having previously been held in the United States, Mexico, Japan and Colombia.

Knotfest began in 2012 as a two-city fest in the Midwest before moving to Southern California and eventually merging with Ozzfest.

SLIPKNOT has headlined every festival except last year's Ozzfest Meets Knotfest event, which was topped by OZZY OSBOURNE on Saturday and ROB ZOMBIE on Sunday. 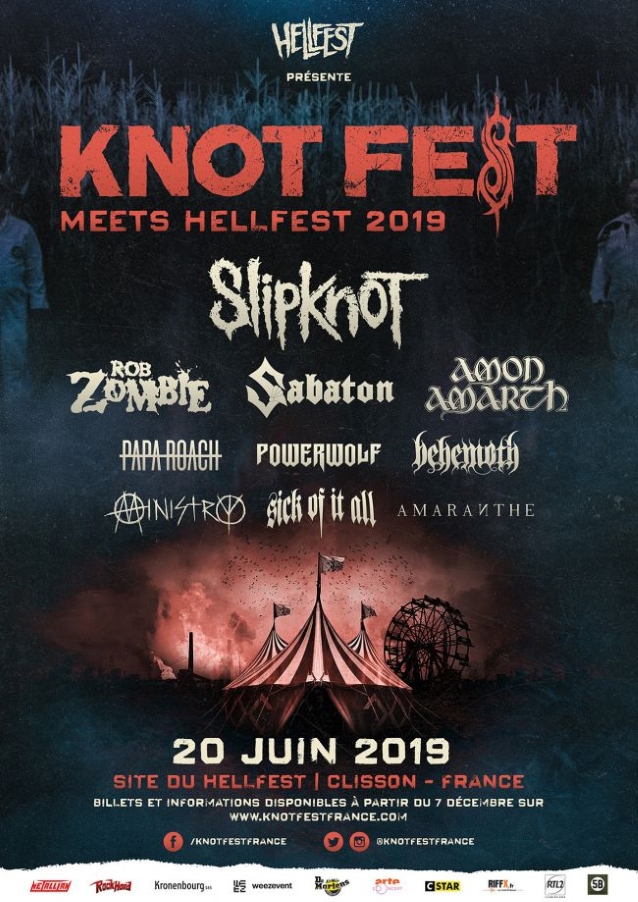