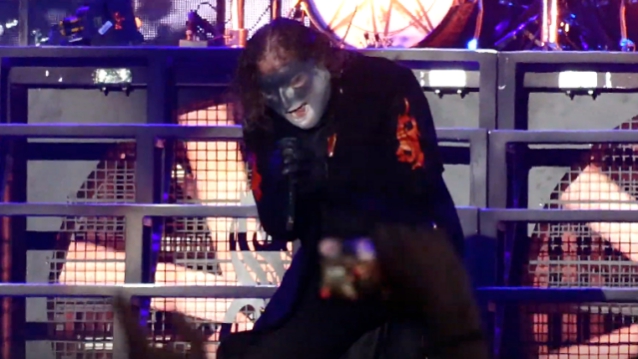 SLIPKNOT played its first full concert in two and a half years Friday night (June 7) at Rockfest in Hyvinkää, Finland. Fan-filmed video footage of the show can be seen below.

SLIPKNOT's European tour will run through a July 5 appearance at the Resurrection Fest in Spain. It will be followed by the "Knotfest Roadshow" headline tour of North America. VOLBEAT, GOJIRA and BEHEMOTH will join as special guests on all dates. Produced by Live Nation, the 29-city outing will kick off July 26 in Mountain View, California at Shoreline Amphitheater and continue through September 8 where it will conclude with a performance at Cynthia Woods Mitchell Pavilion in The Woodlands, Texas.

- Some 20 years ago my brother introduced me to a band. I had never heard such sonics nor violence from any act before that. It completely blew me away. On this night, 20 years later, witnessing guys my age shredding the stage to pieces, watching that mayhem unfold just few steps away, gave me so much energy beyond words. Passion, dedication, hard work. Love. Hate turned into a tool. Just beautiful. @slipknot @coreytaylor @mshawncrahan @7mick7 @therockfest 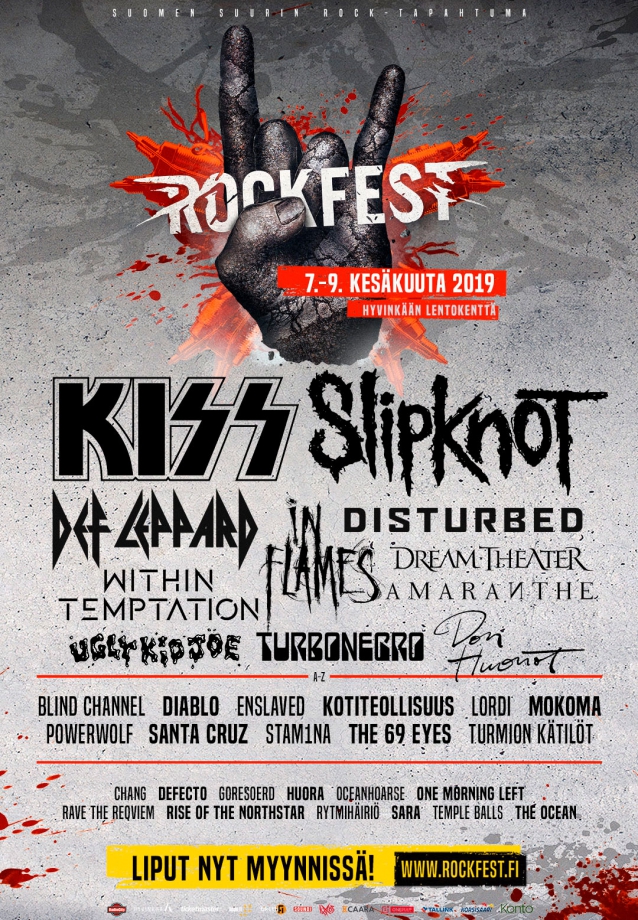