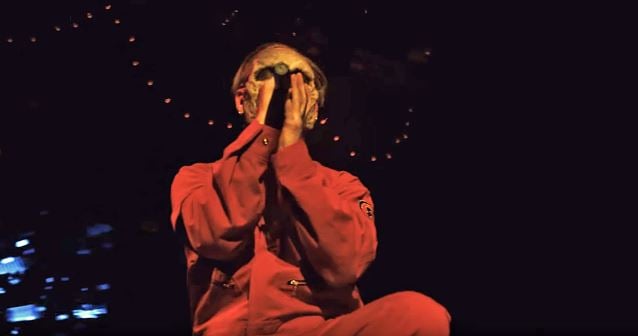 A two-minute video "wrap-up" of this year's Knotfest, which was held last month at San Manuel Amphitheater And Festival Grounds in San Bernardino, California, can be seen below.

SLIPKNOT performed its 2001 album "Iowa" in its entirety at the two-day Ozzfest Meets Knotfest event, which took place September 24-25.

SLIPKNOT is playing the final shows of the world tour in support of its latest album, ".5: The Gray Chapter", which was released in October 2014.