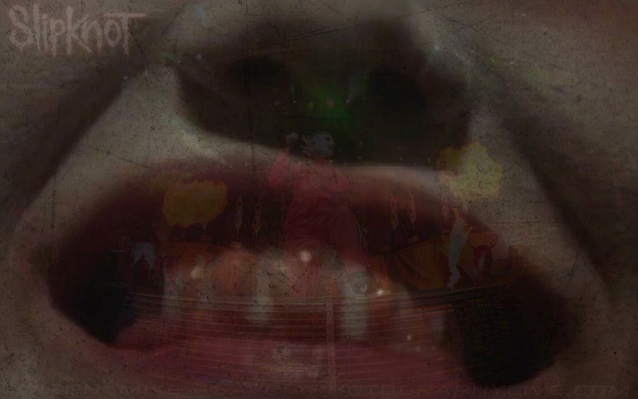 SLIPKNOT's official web site, Slipknot1.com, and Facebook page have been updated with creepy images and sounds in preparation for the release of the band's long-awaited new album, tentatively due before the end of the year via Roadrunner Records. In addition, there are all-new graphics, including a new version of the nonagram.

Taylor said that the new SLIPKNOT album is "98 percent done" in an interview posted by Loudwire. Taylor revealed, "It is very close. The next step is the mix, and we’re going to try to get it out very soon. There will be big announcements soon."

The band's first all-new album since 2008's "All Hope Is Gone" will be its first since the 2010 death of bassist Paul Gray and the late 2013 dismissal of drummer Joey Jordison, both founding members and primary songwriters in the group.