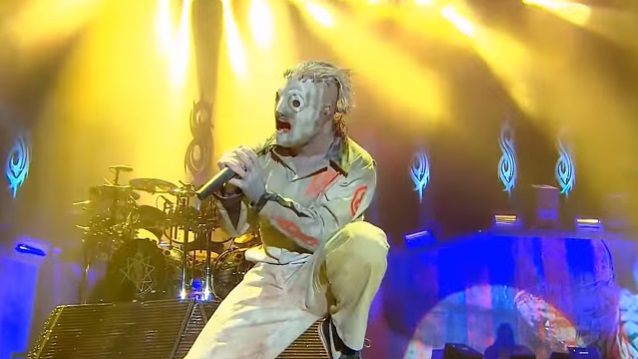 SLIPKNOT's social-media sites have been updated with a new video teaser, the band's fifth overall, in preparation for the release of the group's long-awaited new album, tentatively due before the end of the year via Roadrunner Records. The latest clip, which can be seen below, is accompanied by an image featuring what appears to be the gums of someone's mouth along with the cryptic words "Succumb To/The Selfish/Creation."

SLIPKNOT's first all-new album since 2008's "All Hope Is Gone" will be its first since the 2010 death of bassist Paul Gray and the late 2013 dismissal of drummer Joey Jordison, both founding members and primary songwriters in the group.